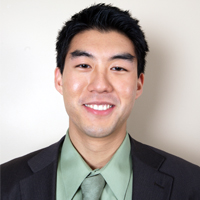 William Hwang was going through his old school stuff during a break after his freshman year in college when he was struck with an idea. Inspired by the fond memories of the summer science programs he attended as a child, William wanted to bring the same kinds of opportunities to underprivileged kids who would otherwise never receive them. He and some of his friends gathered in his parents’ dining room to discuss his idea, and InnoWorks was born.

The goal of InnoWorks is get kids enthusiastic about the S.T.E.M. subjects: Science, Technology, Engineering and Math. How it does this is what sets the program apart. First, InnoWorks is entirely free for students. InnoWorks is also run by undergraduate college volunteers, who act as student mentors. The courses are designed to teach students through group activities and team-based missions. For each course, kids work together to complete missions based around a central theme (past themes include robots, the senses and explorations).

In 2007 there were eight InnoWorks chapters, and William hopes to expand even further to reach as many kids as possible. According to William, InnoWorks is about more than just teaching science: it's about creating a philosophy of education that fundamentally changes student attitudes towards learning and making them better life-long learners.

William, 22, was named a 2007 BRICK Award winner in the category of Education and Environment. We sat down with him to talk about getting young people excited about science, the dangers of underestimating young people and the difficulties of starting a non-profit organization from scratch.

William Hwang: For me, they were very good at showing the possibilities of what I could do with the learning that I was engaging in. They also got me very excited about science and engineering. So those two things are things we strongly emphasize in our programs. There is an additional thing that we think is very important. Being enthusiastic about it is a great start, but that isn't sustainable over the long term. We also want to figure out ways -- through pedagogical and teaching methods, through our mentoring techniques, though the core of how we design our programs -- to help students build learning tools and confidence so that they become better learners. Not only enthusiastic about it, but actually make them better learners.

HowStuffWorks: Would you say that Innoworks is a series of lessons, or more of a philosophy of education itself?

William Hwang: There's definitely a philosophy of education behind it. We've been actively working with neuroscience researchers and educative psychologists. We've published some papers in various conference proceedings, and we're working on a paper for the Journal of Learning Sciences right now. This is an outreach program, but we think that at the root of what we're doing, we can make some fundamental changes in student attitudes towards learning to support them through their educational process.

HowStuffWorks: You're doing this at the same time that you're increasing their excitement towards the sciences.

William Hwang: Right. There've been quite a few studies now looking at the STEM shortfall. And definitely we think that it's very important, and we want to help remedy that. It's not just building scientists and engineers; it's building a future population of today's youth that understand some of the complexities and some of the ethical questions -- with health, technology, et cetera

HowStuffWorks: How do you get today's kids excited about science?

William Hwang: There's many factors to Innoworks. First of all, everything's run by college student volunteers. A lot of kids who have come through our programs in the last three years have remarked that this doesn't feel like school to them. So immediately we have an advantage there. They look up to their mentors as older brothers and sisters. The fact that when they come and they're working with a team of four with their peers, on a college campus, they're pretty excited just to be there. They're excited about learning about the missions, there's a friendly competition where they work together to accomplish these missions. It's amazing what these kids can do. I would say the first year we almost underestimated what they can do.

HowStuffWorks: Underestimated? In what way?

William Hwang: These kids, in a two-week span, can learn how to program and build robots. They built a Mars rover that could actually follow a path, rescue a stranded astronaut, play some music to sound an alarm, and then return and drop some supplies off. So it was really, really cool. So I guess I would say our focus is our curriculum. We try to make all of our curricula modular, scalable, [and] interdisciplinary. We've got themes like extraterrestrial expeditions and we do all sorts of cool things in there. We move away from traditional topics like physics or biology, but still have that thematic cohesiveness so the kids can have some idea of what's ahead, but they can still see that this is all about solving problems.

HowStuffWorks: Do you see Innoworks as a franchise model that can spread across the nation as a series of after-school programs?

William Hwang: Definitely. So far, the passive model of expansion has worked pretty well. We went from one chapter in Maryland to eight chapters. Two are actually international. One in Nassau, Bahamas, and one in Jeddah, Saudi Arabia. Every chapter has started differently. But I think two things that work very well for that model so far are the mobility of college students, and also their widespread networks. It's nice in that it's self-selective. So any student that comes saying they want to start a chapter, they want to learn more, they usually end up being very responsible, motivated members of the organization. But we are moving to a point, we're developing International headquarters to support, chapters so they can focus on the most important goal, which is interacting with their students and the communities.

HowStuffWorks: Do your themes last a full year? Explorations was '06. What is '07?

William Hwang: It's tentatively called Dare to Discover, and we're looking at revolutionary discoveries that have changed the world. We're actually building a storyline into these themes. So for example penicillin, the discovery of that, starting from Louis Pasteur discovering what causes disease, all the way to activities and missions where they actually learn and discover the pieces of the stories themselves. We're trying to build in an "A-ha!" experience at the end where they get the full picture.

HowStuffWorks: But every year will be a different theme?

William Hwang: Right now, we've only had a few years under our belt so there is this fear that one year we're running this, another year we're running another program. But it's constantly evolving. These curricula have already existed for a couple of years, there are new chapters that are constantly improving and adding to it, and we have an online bank now where things are peer-reviewed. We have a committee of experts to make sure scientific soundness is there. Eventually it's gonna be very flexible in how things are put together. So the themes aren't tied to one year. And these are summer programs. We're actually developing an after-school program, a high school bridge program, to help them get into college. So right now, what you're looking at are two-week-long summer programs where they come in for eight hours a day and we have a great time.

HowStuffWorks: What were some of the challenges you had to overcome to start Innoworks? And how did you overcome them?

William Hwang: I'll start with the one area that there were almost no problems at all, and that was finding passionate volunteers. People really liked the idea, and really wanted to help, and there's no way any of this could have been done without that wonderful core group of peers that brought it to life. Most of the difficulties were things you would expect. The first year, we needed some money to get the resources, the equipment. So we quickly discovered that foundations, grants, that they don't really consider you unless you've got 501(c) non-profit status. So that was a hurdle. I had to find a CPA who would kindly volunteer her time to help us go through that process.

HowStuffWorks: Did things become easier once you had non-profit status?

William Hwang: Once that happened, I think the biggest challenge was having so many things happening in parallel. For example, we didn't get our funding that first year when we did Making Sense of Senses until a week before the program, so we were spending all our own money. So of course there were concerns from the staff like "You know, I'm working so hard on this aspect, but what happens if this other aspect doesn't go through?" I like to use the analogy that even though we have semi-defined roles, to make things more efficient, the way we operate is much more like a container of water. We fill in exactly where the need is. And I think that worked very well for us to overcome that challenge.

HowStuffWorks: What are you most proud of about this program? Something where you knew you were making a difference?

William Hwang: Definitely my first three years of the program, when I was directing the programs on the ground. I didn't know that we actually had something that could make a difference until I was able to see it changing kids' attitudes. The first year we did a robotics thing, called Roboventions. And there was one group in particular, I remember. There was one kid that had some experience before, and naturally was taking over a little bit. And there was another student who had his back to the group, had his headphones on. And we have these staff and mentor meetings after every day, and we sit there and discuss about how to help every student. And we finally figured out that this was probably more of a defensive mechanism. So we were trying to figure out how to reach him. We discovered that maybe the best place to start wasn't to ask him to brainstorm from scratch, but to make something. So they were building something that needed locomotion, and it turns out he really loves wheels and treads and tracks and stuff. So we had kind of a rough outline of directions we had wrote [sic] up and we got him going on that. And two days after that, he was a leader within this group. And just seeing that transformation… things like this happen all the time when you get to see a program running. But things like that, it's just very heartwarming. It makes you feel that everything you've worked on has paid off.