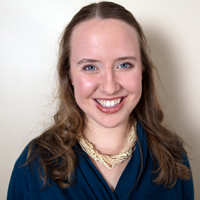 Ruth DeGolia never expected to be a businesswoman. She was a political activist, working with economically disadvantaged women's cooperatives in Guatemala. But Ruth became a businesswoman when she and her partner launched Mercado Global, an organization dedicated to connecting indigenous artisans in those communities to the markets in the United States.

Working with six different women's cooperatives, they started small, holding Fair Trade craft sales of the merchandise on their college campus at Yale University. The initial sales brought in over $5,000, which provided fair wage employment for a month for 30 cooperative members with enough left over to send 10 of their daughters to school for an entire year. Emboldened, they went back to Guatemala to expand the program. In November, 2004, Mercado Global launched its first catalog.

Mercado Global's sales on behalf of its partner cooperatives provide fair wages to over 170 artisans in 15 cooperatives across Guatemala. Eventually, Ruth plans to bring Mercado Global's business model of fair trade and sustainable income to as many communities as she can, all over the world.

At 24, Ruth was named a BRICK Award Winner in the Global Impact category for 2007. We caught up with Ruth to ask her about working with the women's cooperatives, what Fair Trade means to her and her company, and what the future holds for Mercado Global.

HowStuffWorks: What inspired you to start Mercado Global?

Ruth DeGolia: I had been working in Guatemala during my summer breaks from college and during my winter breaks as well, and developed really strong relationships with a lot of the women that I was working with. I had actually started a variety of other projects to support women in some of these rural communities, and was also doing fundraising work and other work to support the local NGOs. And I really realized, all this stuff is great but it's not sustainable. Right after they signed the peace accords in 1996, for about six years, huge amounts of funding came in. All sorts of UN and International organizations were doing fantastic work in the region, and all these great projects were started and funded. But six years out, right when I was starting to work there, all that money dried up. All of a sudden, it wasn't sexy to fund projects in Guatemala anymore. And all of these projects started to collapse one by one. So I really felt the need to help figure out a sustainable solution. I realized funding scholarships, funding health programs, is fantastic, but if we could help these women figure out how to have income, they can fund it themselves. That seems much more sustainable.

HowStuffWorks: That's when you thought about marketing their jewelry?

Ruth DeGolia: The women I was working with were producing these gorgeous products, and really, they just had no market. I had informally just started bringing products back in my suitcase and it sold like hotcakes. And I realized what was needed was to build a business, a non-profit business, that was gonna connect these women to markets in the U.S. So that's how we started.

HowStuffWorks: Before this, you were already invested in Guatemala. Where did that interest originate?

Ruth DeGolia: I've always been interested in Latin America. I learned to speak Spanish when I was in elementary school. In High School, I did History Day -- it's the equivalent of Science Fair, but for people obsessed with history -- I did this History Day project on the spread of liberation and theology through El Salvador. I interviewed all sorts of nuns and priests in El Salvador, and then won this History Channel prize and used some of my prize money to go to El Salvador and meet some of the people I'd worked with. I ended up organizing youth delegations to go to El Salvador and learn about these issues. So I already had a strong connection with Latin America. Then I had funding my sophomore year of college to go work with the Association of Rural Indigenous Communities in Guatemala.

HowStuffWorks: How long were you down there?

Ruth DeGolia: I actually thought I was just going to go down for about a month and a half, I was supposed to come back for the second half of the summer to work for the ACLU. I kept pushing my plane flight back and finally I just called them and said, "I'm sorry, I'm not coming."

HowStuffWorks: Fair Trade is a big part of Mercado Global's business model. Why is it important to you? How does it change these women's lives?

Ruth DeGolia: For us, it's a really great way to structure how we talk about our work, and how we organize our work with our partner groups. We are, first and foremost, a Fair Trade organization. And that means that, first of all, that we pay a living wage to all our partner artisans, and we set that wage in consultation with them -- it's about three or four times more than what they would earn doing anything else in their communities. It means we provide a 50 percent up front payment for all of the products we order from them, so that they don't have to take loans from loan sharks to finance the purchase of raw materials. And it means that, like, how we decide we're gonna organize our work within the U.S. and Guatemala -- we decide in partnership with them. So Fair Trade is definitely important. And it's important in ensuring customers trust our brand. When they know that it's Fair Trade, it means they know what we're about.

HowStuffWorks: How do you select the cooperatives that you work with?

Ruth DeGolia: Very carefully. We have an application process.

HowStuffWorks: You have a set of guidelines they have to go through?

Ruth DeGolia: Oh, yeah. We almost never will start working with a group without at least one and usually multiple referrals. We really investigate them. We'll usually send staff to go live with them and work with them for a while. Especially in a country like Guatemala, you always have to be careful. So we really know who we're working with now, and who we want to be working with six months from now, twelve months from now.

HowStuffWorks: So you have it scheduled ahead of time?

Ruth DeGolia: Yeah. We have been growing our production capacity by about 25 percent every month for the past six months.

HowStuffWorks: Do you have plans to expand Mercado Global beyond Guatemala?

Ruth DeGolia: We've already expanded into southern Mexico. We're gonna be expanding into Ecuador, and probably we're gonna hold there for a couple of years. It's gonna take a while to really bring, especially Ecuador, everybody into our wholesale program. In the meantime, we're gonna start selling products for groups in Africa through our e-commerce program. But it's gonna take a huge amount of resources and commitment to really get groups in Africa to the position where they're ready to work with us for our wholesale program. Just in terms of sourcing, raw materials issues, oversight, giving them the technology they'll need. That's probably not going to happen in a really big way for a couple of years.

HowStuffWorks: What are some of the most memorable moments you've experienced working with Mercado Global?

Ruth DeGolia: The first time I came back to Guatemala after we started selling our products, and really having high volume sales. These women, who I just respect so much, have gone through so much. Many of them had their husbands killed in front of them during the war. Some of them had had to go into exile. And in addition to that, many of them had gone through domestic violence. And for the first time, they were earning their own money. And that meant not only could they take pride in that, but they could take pride in purchasing things for their children. Like buying meat. Buying them new shoes.

HowStuffWorks: They get 100 percent of the proceeds, correct?

Ruth DeGolia: All of our profits go back to our partner communities, and the artisans decide how they want to spend it, what projects they want to fund. And so most of them are funding scholarships, and they get to select the scholarship students through a process that we help them set up. And they were so proud of that, and I was so proud of them for what they had done. So, for me, that was just really special.

HowStuffWorks: What have you learned personally about yourself from your work in Mercado Global?

Ruth DeGolia: I think, in a way, it's made me both more confident, and more humble. It's made me more confident in that I realize that, if you really commit yourself to something, and you're really passionate and you know it's needed, you can really accomplish a lot. And at the same time I realize, you can accomplish a lot and it's not just you, it's the team. We were on the cover of Newsweek this summer, and I'm just really glad that happened after I'd gone through this process, so that it didn't go to my head. Because I was like, "Oh, we're getting all this publicity, which is fantastic for the organization. But you know what? I'm not gonna listen to all this stuff. I know what we're doing is great, but it's not about me." This seems to be the way that the media wants to understand it, it being about an individual. But I know that's not really how it is. We couldn't do this without the artisans. We couldn't do this without our staff. We couldn't do it without a great Board of Directors. It's everyone.