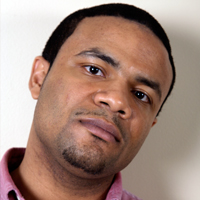 When he was 17, Divine Bradley wanted to create a safe space where kids could come to after school that would get them off the streets, give them a constructive environment, and get them involved in their communities. The result was Team Revolution, a youth-led community organization that has reached out to over 500 individuals with its after school programs.

Team Revolution is a testament to the power of an idea. Divine started by meeting wherever he could find space. Over time, Team Revolution started to make an impact in the community through its community service. Membership grew. Soon, there wasn't enough room in Divine’s basement, and Team Revolution began a fundraising drive that, in two weeks, raised more than $20,000 toward a new community center.

Today, Team Revolution continues to grow. Divine has created the Fellowship Academy, a specialized school designed for young people with a drive to make a difference in their communities; The Bank, a program that teaches teens with seminars on Economic and Financial literacy with the goal of educating and empowering youth to elevate the financial well-being of humanity; and the Leadership Etiquette and Development program (L.E.A.D.), which creates effective youth leaders.

In 2007, Divine, now 24, was awarded a Golden BRICK Award in the category of Community Building for his efforts. He specifically waited until he turned 24 to apply for the award (in his last year of eligibility) because he wanted to give himself one, and only one, shot at being chosen. Eventually, he hopes to open Team Revolutions in communities all over the world -- because young people everywhere need a safe place of their own, off the streets, where they can get a real chance for a positive future, a chance to make a difference in their communities.

We recently had a chance to talk to Divine about Team Revolution, becoming “part of the solution,” and motivating the youth of today.

HowStuffWorks: What inspired you to create Team Revolution?

Divine Bradley: Well, at age 17 I was actually part of “the problem,” you might say. And I wanted to be part of “the solution.” That is, being attracted to the allure of the streets and not having any access to positive role models in my life. So I actually wanted to be the person that I didn't have growing up for other young people. So being in a new neighborhood, I decided to create an organization where young people could be in a safe space, a constructive environment, and educate themselves. And boom, Team Revolution was born.

HowStuffWorks: Was there a moment or an event that made you say to yourself, "Hey, I AM part of the problem. I want to be part of the solution."

Divine Bradley: I think it was a series of events. A series of different events happened right at the same time, and I had the opportunity to see who I was in relation to these events. The loss of a friend. The loss of a few people who I knew who got sent away via jail. Also, moving from one neighborhood to another neighborhood. Moving from a low-income -- a considerably low-income neighborhood -- to one that was more of a middle-class neighborhood. Being part of an after-school program. I was part of a student organization called Art Start, which I was in a program called the Hip-Hop Project. Seeing that there were after-school programs that existed that dealt with my type of population -- considered to be "at risk," but all I needed was a creative expression place -- I wanted to create the same opportunity for other young people.

HowStuffWorks: Do you have designs on expanding Team Revolution?

Divine Bradley: Of course. Growing from Brooklyn to Bangkok, you know what I mean? ‘Cause the work I'm doing is not a Brooklyn thing, it's an international issue. There're always young people who need positive role models, points of references. I set it up so it [Team Revolution] could be run long after I'm gone off the face of the Earth.

Divine Bradley: Yeah. It's 100% youth-led. Meaning that the programs we have are pretty much geared to the 13-to-23-year-old population. Even though I'm Program Engineer, sometimes Program Director, I'm moving up to the Executive Director position so that the young people, who are graduates of these programs and are going to become leaders of these programs, can actually have their own space to do what they have to do.

HowStuffWorks: So you're taking on more of the executive, administration roles, and letting younger people deal more with the day-to-day details?

HowStuffWorks: What were some of the challenges you had to overcome to create Team Revolution?

Divine Bradley: One was to get the people who had known me all my life, my family and friends, to see a different side of me. Keep in mind I was not the best child ever. I was not doing too good in school, you know. I dropped out and got my GED. But even those things were little signs that I wanted to make better for myself. So getting everyone to believe that I was someone who was capable of doing something great, something positive, was a huge challenge. Even though the efforts were there, they didn't see the results. So I began my quest on producing results. Heavy results. Such as, if it was from a newspaper article to, Hey Mom, look at the television tonight, I'm gonna be on the news. To proving hard facts that young people in our organization go from having a 50 grade point average to an 85 grade point average in one semester, you know?

HowStuffWorks:How do you involve the kids that you think would benefit from Team Revolution but maybe, on their own, wouldn't come to you guys?

Divine Bradley: One thing I learned from Art Start, one of the directors of Art Start, his method of teaching is the pill-in-the-dog-food method. And I feel that's something that is very useful because young people gravitate towards things that they like. So young people like hip-hop, they like fashion, they love computers, they love Internet. You know, all of these things. Socializing and having fun. So you take all of these things and then you use that to get the young people attracted. And you let them know that they can learn about themselves and they can change their community.

HowStuffWorks:You've started working with corporations, integrating them into the programs. What's that been like?

Divine Bradley: We've created partnerships with Polo Ralph Lauren within our fellowship academy where young people are learning about the creative aspect and the business aspect in the fashion industry, and creating product with the company. So that when it goes out it says Team Revolution all over the Polo product, and young people designed it. They can say, “Hey, I did this.” And we get 100 percent of the proceeds from it. So it's like a win-win-win deal. And that's the kind of relationships we want to carry out with other companies and other organizations.

HowStuffWorks:What are some of the more memorable moments you've experienced with Team Revolution?

Divine Bradley: I feel really proud, I would say, when, in the beginning, in 2001, when it was just a whole bunch of us, and we were recruiting a lot of young people, and we needed to have a space. We were going from my porch to my basement to the community library. And there were so many of us and I had to come to my mother and say, Mom, can I get the first floor and the second floor of the house and turn it into a safe space, you know, a headquarters? And of course she said no, ‘cause you don't have any money. And we began our quest, our fundraising. We knocked on doors, sold chocolates, sold chips, sold everything, anything. Yard sale. And in two weeks we raised up to $25,000.

HowStuffWorks: So then were you able to …

Divine Bradley: We had our own space, our independence. We had our own movie theater inside. We had our own recording studio inside. I got the inspiration a while ago when I was looking at a McDonald’s commercial, and there was something that said "McWorld." Young people, they ran their school, they were in the hallways with skateboards and bikes and they were the teachers. And I really wanted to have an institution like that, where young people ran it. And so that's what it was.

HowStuffWorks: What advice do you have for other young people in other communities who, like yourself, have turned that corner and want to do something to help out, but have no idea what to do?

Divine Bradley: There's a quote. A quote that is very dear to me. I actually own the quote, by the way, being a social entrepreneur. The best way to predict the future is to create it. So once you get exposed to that, it's like there's no turning back. Because it's true. You want to know how it's gonna be in the future, you must create it. Start building from this point forward. And so that's that. Keep it real simple.

HowStuffWorks: You talked before about how you didn't have any role models growing up. Has that changed? Who inspires you today?

Divine Bradley: Young people inspire me. I wouldn't want to put it on just one person. I would say young people. Life in general, but young people specifically because I love to hear when young people think big, and say that they want to take on huge challenges. And they sit there and they say, I don't think I can do it. That's what gets me loaded. I'm super-charged, I'm super-Divine, and I'm like, we can do it, you know what I mean? Because we can create this future. Let's ride. Together. And they light up and say, let's ride. I'm undefeatable. Unbreakable. Untouchable. From that point forward.