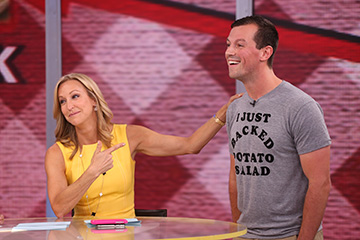 Zack "Danger" Brown wanted to make some potato salad. Not as a business — just to try his hand at making the popular picnic dish. He figured he needed $10 to whip up a batch. So Brown launched a Kickstarter campaign on July 3, 2014, to fund his potato salad production (yes, really). By the end of his campaign 30 days later, he'd received an amazing $55,492 from 6,911 backers [source: Kickstarter]. Brown's quirky crowdfunding campaign was a resounding success.

Crowdfunding is a modern way to raise money. People use the Internet to advertise a product or project they'd like to create, or a debt that needs repaying and ask donors around the globe for money to achieve their goals. The crowdfunding websites charge campaigns a fee, generally 3 to 10 percent of the funds collected in a fully funded campaign [source: CrowdfundingBlog].

Since the fundraisers are ostensibly short on dough, donors are rewarded by nonmonetary or inexpensive means. Brown, for example, promised $1 donors that he'd thank them online, plus say their name out loud while he concocted his potato salad. Donors who threw in $2 were additionally promised a photo of him making the potato salad [source: Kickstarter]. But sometimes donors are promised bigger items, like a CD of the album donors are helping the band to make, or for a really big contribution, perhaps a private meeting or dinner with the campaign founder.

Not all projects are accepted on crowdfunding sites; each site has rules for which types of projects it will accept. But sometimes the guidelines are cryptic. And if projects are turned down, you're not always told why [source: Null].

Don't think crowdfunding is an anomaly. In 2014, the practice grew 167 percent from 2013, with $16.2 billion raised versus $6.1 billion in 2013. Experts expect the industry to double again in 2015, with some $34.4 billion being raised. North America leads the world in the practice, although Asia is quickly becoming a major crowdfunding region [source: Crowdsourcing].

While crowdfunding sounds like a great idea, and can be a relatively seamless way to finance a worthwhile project, most fail to garner enough support. And depending on which platform you use, you may not get to keep the money raised unless you met your entire goal. And from the donors' point of view, there is always the possibility that even if the project is fully funded, it doesn't see the light of day.

The History of Crowdfunding 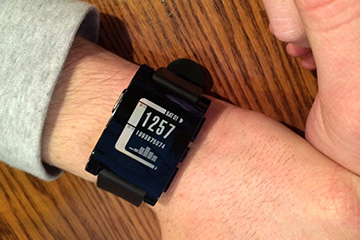 In 2012, Pebble Time raised more than $10 million on Kickstarter to fund its smart watch. In 2015, it doubled that to more than $20 million for the second version of the watch, the biggest amount ever raised on Kickstarter.
Alissa Hankinson /Getty Images

You may think crowdfunding is a newfangled thing. The name is, but the practice has been around for hundreds of years. In the 1700s, author Jonathan Swift created the Irish Loan Fund, which lent small amounts of money to rural, low-income families for short periods. A century later, more than 300 similar programs were sprinkled throughout Ireland; at one point, 20 percent of all Irish households were receiving these loans [source: Clark].

Fast-forward to Bangladesh, 1976. Dr. Mohammad Yunus and his graduate students joined forces on a research project: lend small amounts of money to poor people so they could create businesses and become self-employed. The group first lent $27 to 42 women. Within five years, the program had more than 30,000 members. In 1983, it formally became Grameen Bank. Yunus and Grameen Bank won the Nobel Peace Prize in 2006 for their work in economic and social development [source: Clark].

Next came Kiva.org, the first microlending website. People lent small amounts of money to entrepreneurs in developing countries. The first peer-to-peer lending site in a developed country (the U.S.) debuted in 2006 — Prosper.com. Applicants submit a request for funds, along with their story, a photo and their credit risk. Interest rates for loans are generally less than those offered by financial institutions [source: Clark].

Today's well-known crowdfunding site, Kickstarter, was launched in 2009 to help people fund a project or product, such as a CD, documentary, smart watch or, yes, a batch of potato salad. Like ArtistShare, the funds raised aren't loans to be repaid. Rather, donors receive small rewards based on the amount they donate [source: Clark].

With crowdfunding increasingly important to America's small businesses, President Barack Obama in 2012 signed into law the Jumpstart Our Business Startups (JOBS) Act. Aka the "crowdfunding bill," it legalized equity crowdfunding, among other provisions [source: Fundable]. Crowdfunding was officially part of the American economic scene.

There have been enormous successes. In mid-2015, the most profitable Kickstarter campaign, Pebble Time, raised more than $20 million to produce a smart watch [source: Zipkin]. Pebble Time could probably have raised their cash from a more traditional source, but that wouldn't have gotten the marketing buzz generated by the super-successful campaign. Plus, it gave them a pipeline to their most loyal customers — the folks who helped fund their earlier Kickstarter campaign for the first version of the watch [source: Hern].

But before you get started on your own campaign, know this: Most crowdfunding projects fail. 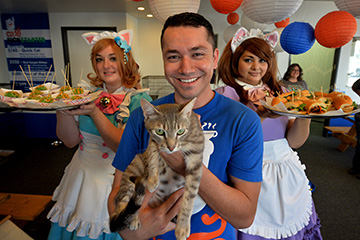 As with any business venture, there are a lot of moves critical to your success, plus ones that can easily torpedo a solid idea. Here are some of crowdfunding's major do's and don'ts, gleaned from innumerable campaigns.

Sometimes crowdfunding projects are a success because they're so unusual. Suits for Wall Streetwas an IndieGoGo campaign to outfit the disheveled protesters of Occupy Wall Street with some thrift store business suits so they could look more presentable when talking to journalists and politicians. The $800 project raised $2,971 in just nine days. Bug-A-Saltwas a plastic gun you could load with table salt, then fire at flies and other pesky bugs to kill them. Creator Lorenzo Maggiore was looking to raise $15,000, but instead raked in $577,636 in two months in 2012.

I haven't tried crowdfunding yet. But my brother suggested we start a campaign to pay for pricey therapy that could help our daughter, whose knee was ruined from a pain pump that should never have been used on it. (Suing is not an option; the pump manufacturer went out of business from previous lawsuits, and the statute of limitations ran out on going after the surgeon.) We'll see!