Can We Stop the Violence? 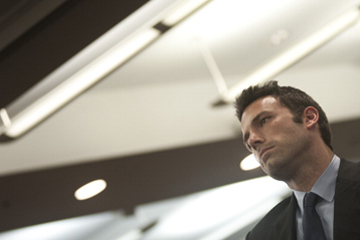 The situation in the Democratic Republic of the Congo has drawn the attention of celebrities, world leaders, corporations and average citizens. Here, Ben Affleck listens to Senator John Kerry talk about the U.S. policy dealing with the DRC.
Kris Connor/Getty Images

If the conflict in the DRC were all about money, it might be possible to end violence by cutting off the flow of wealth into the nation. But the situation is far more complex. There are ethnic groups in the DRC that have deep cultural and political motivations for enacting violence against each other. The unstable nature of the region means that there's a constant struggle for power. Cutting off funding might hinder the armed groups in the DRC, but it doesn't necessarily address the underlying factors that fuel violence.

In fact, the looming disclosure rules dictated by the Dodd-Frank act may be hurting innocent people in the DRC. Auditing the supply chain isn't easy. Corruption in the DRC makes evaluation difficult and there hasn't been much time to set up and execute a strong auditing program. The Enough Project estimates that as much as 60 percent of the minerals coming out of the DRC are from illegal operations [source: Burns].

Legitimate DRC mining companies are suffering. Kabila suspended all mining operations within the DRC for about six months, arguably as a response to the Dodd-Frank act [source: Seay]. Thousands of people in the DRC had no means of support during the suspension. The move further destabilized the nation and thrust many into abject poverty. According to some reports, Kabila's response led to the militarization of previously legitimate mines, meaning the act may have contributed to the very thing it was trying to combat [source: Braeckman].

The prospects for a workable ban on conflict minerals are grim. As corruption flourishes in the DRC, it may become difficult or even impossible to verify that any particular shipment of ore came from a legitimate mine. That could either lead to continued funding for armed groups or an outright ban on minerals from the DRC. Neither of those outcomes are good news to the Congolese people.

According to the International Crisis Group, concerned consumers should focus on restructuring the governance of the DRC. Cutting off funding to armed groups isn't enough -- it's difficult to implement and it doesn't address the underlying issues that led to the violence in the first place. Focusing on the root causes of the conflict is the only way people can hope to end the systemic violence in the DRC.

Even if the move to avoid the purchase of conflict minerals doesn't directly solve the problems in the DRC, it helps bring attention to a part of the world that sorely needs it. Perhaps increased awareness will lead to significant changes and an end to an era of violence.

To learn more about conflict minerals and related topics, visit the links below.