Smuggling Minerals and the World's Response 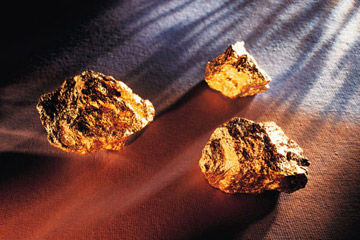 Armed groups smuggle materials like gold and unprocessed minerals out of the DRC.
iStockphoto/Thinkstock

As the mines produce ore, the militias, rebels and other armed forces in the area must smuggle it out of the country. Some pass through Rwanda or Uganda en route to Africa's eastern coast. The groups sell ore to refineries. The refineries then sell refined metals to smelting corporations, most of which are in Asia. Out of all the metals mined in the DRC, gold is the most valuable.

The militias use the money from selling ore to purchase weapons and other supplies. The more politically motivated groups may use the money to influence DRC officials. Corruption in the DRC is rampant -- visitors to the country often must pay arbitrary fees and bribes to avoid harassment.

Most of the money from the mining operations goes to the armed groups in control of the region. Very little makes its way back to the actual people mining the ore. In effect, these groups are employing slave labor.

Organizations like Global Witness and the Enough Project have worked hard to bring the plight of the DRC people to the world's attention. Through their efforts, they have shaped public policy. In the United States, one such policy is an addendum to the bill called the Dodd-Frank Wall Street Reform and Consumer Protection Act. Section 1502 of the bill deals with conflict minerals.

This section holds companies responsible for keeping track of the supply chains for the metals they use in their products. Should the company's products use any conflict minerals from the DRC or its neighboring countries, the company must disclose that fact. If a company can demonstrate its supplies don't directly or indirectly fund armed groups in the DRC, it may label its products as "DRC conflict free."

Congress passed the bill into law in 2010. But the U.S. government delayed the implementation of the conflict mineral clause until late 2011. Some companies, such as Intel and Apple, have already stopped purchasing ore from the DRC.

Organizations like the Enough Project hope that by pressuring companies to avoid conflict minerals, the funding for the various militia groups in the DRC will dry up and the violence in the region will decrease. But how likely is this scenario?