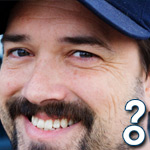 As someone who believes that a political candidate should be elected based on merit alone, it's a little deflating to write about campaign finance. Everyone knows it takes money to win an election, but when you dig into the matter, it seems like money may be the overriding factor in whether or not a candidate is elected. Without heavy funding, a candidate has no chance, and "chasing the money" has become more and more commonplace with each election year. The good news is that the United States government knows this is a problem, and there's more regulatory legislation or proposed legislation than at any other time in our history. Here's one writer who hopes that the United States is able to clean up the election process and regulate the amount of money being contributed by groups or individuals with special interests.