by Dave Roos
Prev NEXT
2 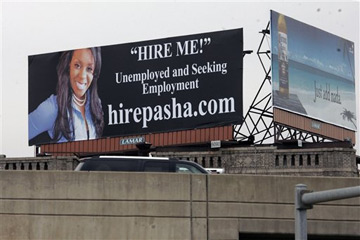 Pasha Stocking of East Hampton, Conn. promotes herself along I-95.
Bob Child/AP Images

If it works for car dealerships, roadside diners and local politicians, it might work for you. At least that's the logic of several unconventional jobseekers who have rented billboard space to sell themselves to potential employers.

An unemployed Dallas woman made the news when she spent $1,200 on a self-promoting billboard. The same goes for Connecticut's Pasha Stocking, who rented a billboard along I-95 reading "Hire me!" with a large headshot and a customized Web site, HirePasha.com [source: Chase]. Crazy? The Dallas woman ended up with two job offers, and Stocking got so much press she started her own public relations firm [source: Johnston].

If you don't have a couple thousand dollars to drop on a billboard, consider online ads. It's easy and inexpensive to create a customized Facebook ad targeted to "fans" of your favorite companies. An informal experiment recently found that simple Facebook ads with a picture generated hundreds of clicks, a handful of contacts and even a few interviews [source: Franzen]. 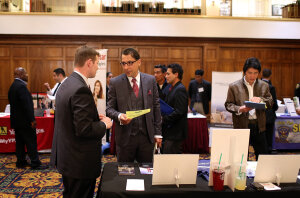