10 Ways to Spot the Wrong Job for You 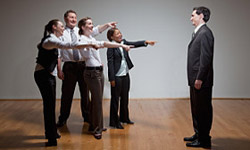 If you don't listen to your intuition during your job search, you could end up in a bad situation. See pictures of corporate life.
PM Images/Getty Images

The economic slump that started in 2007 has turned the typical job search upside down. No longer are companies aggressively courting new talent. Today, job seekers have to do the courting -- and they need to do it well enough to beat out a huge field of competitors.

As the job market shrinks, companies can be especially choosy about their new hires. In the process, some hiring managers are making well-qualified candidates feel like they should feel privileged to get hired for a low-paying entry-level job with no upward mobility and lousy hours.

No matter what the job outlook, remember that you're going to be spending eight hours a day, five days a week in your new position. To avoid getting into an awful situation that you'll regret later, here are 10 warning signs to watch out for during the interview process. If you see any of these signs, you can be sure this job is definitely not for you.

With the economy enduring one hard hit after another, employers have been forced to tighten their belts. They've passed the cost cutting on to their employees in the form of smaller paychecks. That means your impressive resume may not draw an equally impressive paycheck.

Where does that leave job seekers? Experts say that sometimes you have to be willing to settle for less -- especially if you're just starting out your career, switching industries, or you've been out of work for a long time [source: Monster]. In some cases, the job may be so appealing that you don't mind taking a pay cut.

When shouldn't you take a cut? Say no to any salary that's paltry enough to devalue your worth and have a long-term impact on your career, or to one that won't cover your bills. 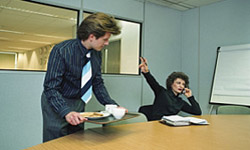 If you don't know where you'd fit in at your company next year, run for the hills.
Kent Baker/Getty Images

The manager thinks you'd be the perfect person to file paperwork and answer phones. Where will you go after you've mastered the art of this entry-level job? Nowhere.

An important question to ask during the interview is some variation of, "Where do I go from here?" Does the job offer any upward mobility? Will they train you for a management position, or leave you stuck on the bottom? If the glass ceiling is on the ground floor, you could toil away for years without any sort of promotion or pay raise.

You want a job that will challenge rather than bore you, and offer plenty of room for growth. If you can set your sights on the president's office without getting discouraged by management, you're in the right place.

Your Co-Workers are Awful

As you're being led down the hall to your job interview, you notice a few employees looking at you. Actually, they're not looking -- they're glaring. Are you about to squeeze them out of a prime position? Was the last person who held the job evil, and they're already wary of you? Is your fly down?

If you're not getting a warm and fuzzy feeling from your future co-workers, you can expect about the same reception when you start the job. For some reason, they've decided they don't like the looks of you, and it probably won't get any better once you've settled into the position.

Think about this as you endure their withering stares: You're going to have to spend the vast majority of your days with these people. If they hate you (or vice versa), those days aren't going to be particularly pleasant. Find a job where you can make friends -- not enemies -- with your colleagues.

You'd be Ashamed to Admit You Work There 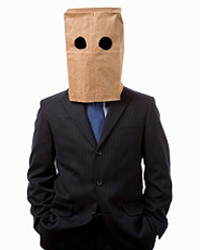 If this is how you'd like to dress for work, consider another position.
Gary S. Chapman/Getty Images

One question you really need to ask yourself before accepting any new position is, "Do I really want to work for this company?" It's an important question to ask, because at some point, other people are going to want to know where you work.

Say you're at a cocktail party six months down the road. A friend comes up to you and asks, "So, where are you working these days?" Would you:

A. Lift your head proudly and exclaim, "The John Smith Company. I love it!"

C. Drop your head and mumble, "Uh, you know...Hey, is that Sharon over by the bean dip?"

Your job should be a source of pride, not embarrassment. If you're humiliated by the very idea of working for this company for any reason, cut the interview short and look elsewhere.

The Job is Beneath You

Sometimes you have no choice but to take a step (or two, or three) down. In a sluggish economy with few available job prospects, your options may be limited to a lower position -- or no position at all. If that's the case, you've just got to grin and bear it until you can move up within the company or the job market corrects itself.

If you do have options, don't choose the position that's going to detract from your otherwise stellar resume. When you're forced to take a lower-tier job, at least make sure there's room in the company for you to eventually move back up to the level where you belong. 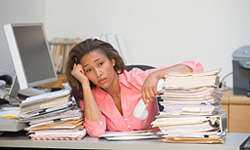 If you know you'll be overworked in your new position, look elsewhere.
Mark Scott/Getty Images

Certain key phrases mentioned during a job interview will clue you in that you're soon going to be sacrificing your life to the company. These include statements like, "We expect our employees to put in 150 percent," "Our employee burnout rate is very high," and "Don't plan any vacations for the foreseeable future."

When you work 80 hours a week, you know who benefits? Your company. You, on the other hand, will become stressed out, miserable and sick. One study found that spending more than 11 hours at the office each day doubles your risk for depression and makes you much more likely to develop heart disease [sources: CNN and Reuters].

Find out in advance what kinds of hours you'll be required to work in the job. If you can expect to spend long nights and weekends at the office, really consider whether the job is worth your health -- and sanity.

Your tenth interview with a prospective company is going into its fourth hour. You've met with the human resources representative, your hiring manager, the district manager, all of your direct reports, the guy who sweeps the bathroom floors and the woman who runs the lunch counter downstairs.

During each of these grueling interviews, you've been grilled in almost unimaginable ways. Every job you've ever held (including the paper route you had when you were seven) has been picked apart and analyzed. Every former employer has been called. You've been submitted to medical exams and asked to offer up numerous body fluid samples.

Still, the company isn't sure about you.

Well, you can be sure. This isn't the company for you. The way they've treated you during the job interview is a pretty good indication of how they're going to treat you once you're hired -- if you ever do get hired. Or, there's the flip side of that scenario...

You're Hired on the Spot 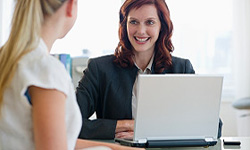 If the job interview goes too well, dig a little deeper. There may be a catch.
Jamie Grill/Getty Images

Far from grilling you during the interview, the hiring manager barely asks a single question. In fact, he spends more time trying to convince you that you need to take this job. Then pop -- you've got a job offer on the table.

What's wrong with this picture? That's what you need to ask yourself. An overly eager hiring manager can only mean one thing: desperation. Maybe he's interviewed dozens of candidates and they've all turned him down, or the job is commission-only and he's got nothing to lose. Alternately, the company could be a start-up with a very small bank account that needs to hire as many people as possible who are willing to work for pennies.

If the interview seems too quick, ask a few questions of your own. Find out how many people have already been interviewed for the position. Ask what the job pays, and how it's structured (for example, salary, salary-plus-commission, or commission-only). Also find out what happened to the last guy who was in the job. If he quit after a couple of weeks, that's a big red flag.

The Interviewer is Evasive

You can learn a lot about a position (and company) from the hiring manager's words and body language. Is she answering your questions directly, or does she keep changing the subject? Does she make eye contact and address you directly, or mumble her responses at the window? You want a manager who will be open and honest with you, not one who will evade your questions.

Your wishy-washy interviewer is signaling that there's a big issue with the job. Maybe the position is so awful that she can't be straight about it. It could be that the company's health benefits are miniscule or the hours are grueling. If you can't get a straight answer, head straight back to your job search. 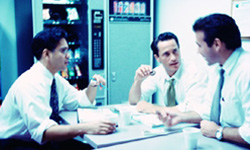 Word-of-mouth recommendations are crucial during a job search. Run if you don't get any about your prospective employers.
Adamsmith/Getty Images

There's no better endorsement than a personal one. That's why people click on Yelp before trying a new restaurant, or read through Trip Advisor before booking a hotel. They choose the restaurants and hotels with the best ratings, because they know the food and accommodations will be good before they even get there. Word-of-mouth recommendations can be just as crucial during your job search.

My husband had an experience a few years ago that illustrates how important personal reviews from past employees are when interviewing for a new job. He'd applied for a marketing position at a Fortune 500 company, and it seemed like a great opportunity. Then the phone started to ring and the e-mails began rolling in. One after another, friends and former colleagues who had worked for this company handed out dire warnings. They described the company as a "sweat shop." One woman fought back tears as she described my husband's would-be manager, who she'd nicknamed "Satan." When the job didn't work out, my husband wasn't disappointed -- he was overjoyed.

You'd be surprised how important a personal recommendation can be when you're interviewing for a new job. A glowing review of the company from people with firsthand experience working there can help you feel secure that you've made the right decision. On the other hand, when former employees warn you to stay away from the job at all costs, you can pretty much be assured that the experience will be every bit as awful as that questionable-looking Thai restaurant you tried without first checking the reviews.

10 Ways to Spot the Wrong Job for You: Author's Note

We've all had our share of nightmare job interviews. I've learned from experience that it's better to beat a professional retreat in these cases than stick around and see what might happen. Like the time a prospective employer warned me that I would "burn out" quickly if I took the job. I thought, "No thank you very much." I said "no" to that job, and I'd encourage readers to do the same if they have the option.