Repeat Everything That's in Your Resume 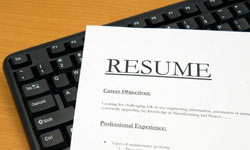 Just repeating everything in your resume can work against you.
©iStockphoto.com/vicky_81

Your resume is the star document in the initial screening process, as it contains all of the important information about you. Heaven forbid a hiring manager would overlook something in it, or not read it, which is why many job applicants tend to rehash their resumes' contents within cover letters. But that's one of the worst things you can do. No one wants to read the same information twice, plus that's not the purpose of a cover letter. A cover letter is meant to introduce your resume and sell your qualifications. It's the place to flesh out your most impressive skills and demonstrate how they'll benefit the company, which, in turn, will make the hiring manager eager to read your resume. Unfortunately, repeating a resume's contents in the cover letter is one of the most common cover letter errors. Not only is it annoying to hiring managers, but they often presume you're doing this because you have nothing else to say -- that is, you have no additional skills to offer them [source: Walker].

I haven't written a cover letter in a long time, so I was eager to see what kinds of errors job-hunters typically make. Surely I'd never made any of those! For the most part, I hadn't (phew!). Still, I learned a few things, like the importance of taking the time to call and find out the hiring manager's name so you can address your letter to a specific person, as opposed to "Dear Sir or Madam" -- which I'd been taught (long ago, apparently!) was perfectly fine. Best of all, though, was discovering some of the outlandish things people have done with their cover letters. My favorite: a job-seeker who enlarged his head shot to 8 ½" x 11", printed it on stationery and then handwrote his cover letter over it.

You're a human. You need a house. Should you buy one or rent one?