Browse the article How will 4G networks change business? 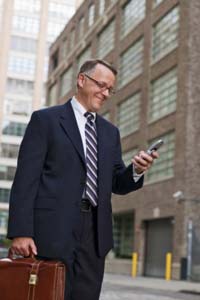 Today's cell phones are generally great at what they were originally intended to do -- make calls, send text messages, that sort of thing. But with an ever-growing amount of Internet-related activity taking place on modern mobile phones, the current networks can't keep up. They have a knack for becoming completely swamped whenever too many people try to update their Twitter account, download music, watch videos, check traffic reports or do whatever other online activities they're burning to do while away from their traditional computers.

Just as mainstream cell-users have started to get more comfortable with the term 3G, the third-generation technology that supports "smartphones," whispers of a mythical 4G on the horizon have already started to spread. In a basic sense, 4G (fourth-generation wireless communications) will involve settling mobile communications firmly and fully into the realm of Voice over Internet Protocol (VoIP). Although 4G technology will eventually be implemented in a variety of mobile gadgets, such as laptops and gaming devices, it will have the most noticeable impact in the case of mobile phones since they still deal with voice data differently.

In essence, cell phones will use the same basic VoIP system that computer softphone software programs and many long-distance carriers do now. They'll transfer all the information they have to send over a wireless Internet connection in a manner conforming to various Internet Protocols (IP). This will enable them to more completely maximize on packet switching, which is a great way to send information quickly -- and at a much lower cost -- from one destination to another.

When 4G networks become standard, users should notice a difference. 4G technology has some persuasive benefits, which are helping accelerate the industry's push in its direction. Peak times might still be a little pokey (by the standards of people spoiled by superfast Internet service), but overall, it should be a step up from the service most cell phone users are familiar with today.

If you're a little rusty on the ins and outs of cell phone technology and VoIP, you can brush up on the basics by checking out How Cell Phones Work and How VoIP Works. For more on the future that's fast approaching and the fiscal benefits it could herald for businesses, continue to the next page.

Benefits to the Bottom Line 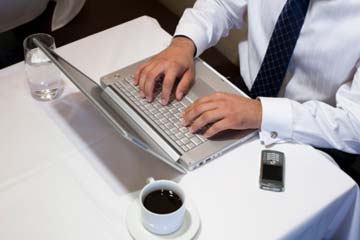 There are several ways a business could benefit from upgrading to 4G-friendly technology. With all its data being transmitted by VoIP -- that is, without any voice data still hitting the airwaves through a separate, dedicated transmission line -- the business could save money and benefit from enhanced security.

Just as important, the service will generally be quite a bit faster than what's available now. This improved performance and reliability will push cell phones more fully into the realm of mobile PCs like laptops in terms of overall capabilities. 3G got people part of the way there, but because the networks aren't 100 percent VoIP, they still get a little choppy when everyone's active on their phones at the same time; the goal for 4G networks is to increase the bandwidth and throughput capabilities so that more customers will feel secure trusting their cell phones to perform whenever necessary.

Having a phone that can fulfill every Internet role normally performed by a PC lets employees maximize their time without being chained to a computer, both at home and on the go. Plus, they can easily keep on top of work matters during all those little moments of downtime that are sprinkled throughout the average day, like time spent waiting in lines at grocery stores, sitting through advertisements before movie previews or riding in carpools during commutes.

One trend that's likely to become more common is phones designed to be ideal for videoconferencing. That way, colleagues working from remote locations can transmit streaming videos -- whether they're out sick or out on safari -- with just the cameras on their cells. (Although in the case of under-the-weather employees, they might want to still stick with simple teleconferencing depending on how they're looking.)

All in all, lots more applications and devices geared toward the business side of life are sure to become available as 4G moves from the planning stages into practical utilization. For more information on the fast-evolving world of mobile technology, explore the links on the next page.