by Dave Roos Oct 23, 2018
Many states have banned the salary history question as it could discriminate against women. Jose Luis Pelaez Inc/Getty Images

You're 17 minutes into an interview for your dream job, and you're crushing it. They ask the usual questions about skills and experience, and you come across as confident, but not overconfident. You even get a few laughs with your jammed copier story. But now comes the moment that you dread.

"So how much did you make at your last job?"

Ugh. Do you try to parry the question? Or just give in and cough up the dollar amount, knowing full well that you were underpaid in the last job and that it will likely haunt you in the new job as well?

Heather Mills has three simple words of advice: "Just say no." She is the founder of Women Who Ask, a company that provides consulting and classes to help women negotiate for better salaries, promotions and work-life balance. She says that women should absolutely avoid answering the salary history question because it's used against them to perpetuate the gender pay gap. Employers often try to base a salary for a new hire off of what the candidate earned at his or her previous job. If a woman was underpaid in the past, this question all but guarantees she'll be underpaid in the future.

In fact, the salary history question is so insidious that several cities, states and individual companies have banned it outright from employee interviews. That list includes California, Delaware, Massachusetts, New York City and Chicago, plus Google, Amazon and Starbucks. Unfortunately, most women live and work outside of these bastions of pay equality. And for them, Mills suggests dodging the salary question with questions of their own.

Questions like: "What's the salary range for the job?" "What do you have budgeted for the position?" Or "I'd really like to find out more about the role and see if it's a good fit before discussing salary."

The truth, explains Mills, is that salary history has no real bearing on what an employer should offer a prospective employee.

"Even though they say they need it, they really don't," says Mills. "The company has a budget for the role, they know the market rate, and they know the kinds of skills and training they want for the position. They really don't need your salary history to negotiate. They're just making a power play to get an upper hand."

In salary negotiations, there's a well-known psychological phenomenon called anchor bias. The first number thrown on the table has an undue influence on the rest of the offers. It's called "setting the anchor." If you answer the salary history question, explains Mill, then you risk setting the anchor way too low, undercutting your negotiating power.

A better move is to refuse to talk money at any time during the interview process. Salary negotiations should only begin after both parties agree that you're a good fit for the job. Then you have a much stronger hand, because they want you.

"I tell my clients to be warm and professional and smile and just let it be awkward. But continue not to answer the question because it's really not to your benefit," says Mills. "You're not being difficult, you're not being unprofessional. You're being savvy, you're being smart and playing the game well."

Even in states where the salary history question is banned, employers and recruiters can still ask you for your "salary expectations" or "salary requirements." If you ask for too much, you might knock yourself out of contention for the job. Too little and you may perpetuate your previous history of being underpaid.

Again, Mills strongly advises against answering any salary questions until the real negotiations begin, using some of the techniques mentioned earlier. But she adds that it's always smart to arrive at the interview knowing exactly what the market rate of the position is in your geographic area. (You can find out this information by asking contacts in similar positions for the going rates, and looking at websites like Glassdoor.com and Salary.com.)

"If you really feel like you're against a wall, I suggest giving the highest number that you can justify based on your market research," says Mills. "An anchor needs to give you room to come down and make concessions."

But what about "pre-interviews," where a recruiter or human resources representative calls up to see if it's worth bringing you in for a full interview with the employer? A common screener question is to ask about salary requirements. Is it OK to dodge the question even then? Mills says yes.

"No good can come from giving a number during the pre-interview stage," says Mills. "You should ask what they've budgeted for the position and they should tell you. If they keep pressuring you to give your salary history or salary requirements, then they are trying to get a bargain and that's a red flag for what you might be dealing with going forward in the employment relationship."

Now That's Messed Up
In one experiment, subjects were presented with the resume of a high-powered, ambitious business person. Some were told it was a man, and others were told it was a woman. A man with such a resume earned respect, while the woman with the exact same credentials was "unlikable." Worst of all, these perceptions were shared by both men and women.

Space Community Vows to Bounce Back After Soyuz Mishap

Why Are Today's Lottery Jackpots So Ginormous? 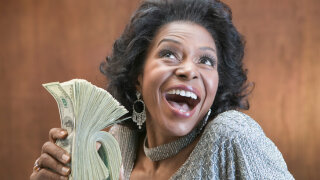 Is it rude to talk about your salary? 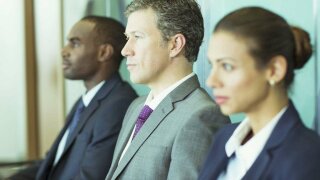 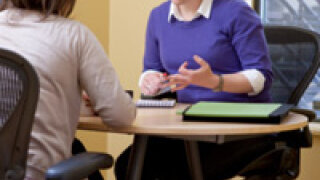