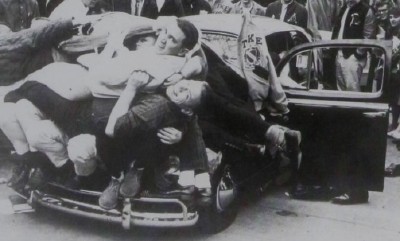 Though it didn't make our list, Volkswagen's advertising in the 1960s struck a chord with young people. On college campuses, a popular pastime was seeing how many people could be packed into, or on, the car.
2007 Publications International, Ltd

Some commercial messages last only for the 30 seconds that they exist in real time, while others linger with us for decades. Here are some amusing ads that have stood the test of time. 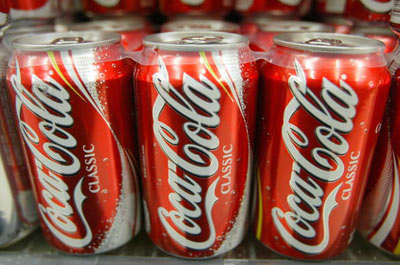 With the advent of the Great Depression, corporate America worried that sales would suffer. Not so with Coca-Cola, whose ads depicted carefree people and an idealized view of American life when real life was rather dreary. During the first year of the campaign, sales actually doubled! The economy may have been depressed, but "the pause that refreshes" appears to have been just what Americans needed to lift their spirits. 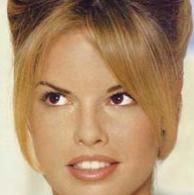 ". . . Only her hairdresser knows for sure." When there's only one female employee in the copywriting department, you give her a shot at the product geared toward women. Shirley Polykoff, who coined the phrase that jump-started the home hair-coloring industry, felt that a woman had the right to change her hair color without everybody knowing about it. The campaign lasted for 15 years, and Clairol's sales increased by 413 percent in the first six years!

The VW Beetle, in all its minimalist glory.
2007 Publications International, Ltd

In 1959, art director Helmut Krone and copywriter Julian Koenig came up with this "less is more" message geared toward car buyers. Like the VW Beetle, the ads were simple and uncluttered, featuring photos of the car against a plain background. Can you sell a car with a headline that reads "Lemon"? Sure! In the ad, Volkswagen was pointing out that the car in the photo didn't make it off the assembly line because one of the many inspectors found a blemish. "We pluck the lemons; you get the plums," was the slogan.

Our list of memorable ad campaigns continues on the next page with a fast-food giant. 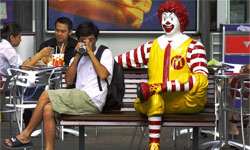 In 1970, Needham, Harper & Steers successfully pitched an upbeat, catchy melody to McDonald's, but they struggled with the lyrics. Noticing that the word "break" continuously surfaced in focus groups, copywriter Keith Reinhard finally wrote the perfect lyrics for the jingle. Within the next few years, global sales jumped from $587 million to $1.9 billion. The song was named the top jingle of the 20th century by Advertising Age.

This campaign peppered with ex-jocks contained more than 200 commercials, and its lively debate entertained sports fans for nearly two decades. Is Miller Lite good because of the taste or because you can drink a ton of it and still have room for nachos? During the first five years of the campaign, sales of Miller Lite took off from just under 7 million barrels a year to more than 31 million barrels, breaking the all-time record for beer makers. A guy's gotta be full after that!

These memorable ads are breathtaking . . . literally, you might gasp for air when watching the TV spots. When writer Patrick Kelly and art director Mike Tesch discovered John Moscitta, Jr., who could speak more than 500 words a minute, they knew he would be perfect for ads for the overnight delivery service. When director Joe Sedelmaier put his quirky spin on the concept, the spots were discussed around watercoolers across the country.

This is the TV spot that made the Super Bowl about more than just football. Based on George Orwell's book 1984, the commercial pitted the new Macintosh computer against the totalitarian control of Big Brother and the Thought Police (represented by other computer companies). Depicting an apocalyptic view of the future, the ad opened with a zombielike crowd fixated on a huge screen, then an Amazon woman entered and hurled a hammer into the screen, shattering it. The ad's creators, Lee Clow and Steve Hayden, won every advertising award that year for this venerable commercial. 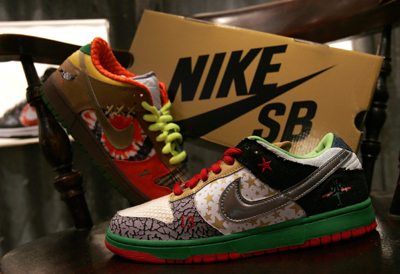 When ad exec Dan Wieden met with a group of Nike employees to talk about a new ad campaign, he told them, "You Nike guys . . . you just do it." The result was one of the most effective taglines in advertising history. During the first ten years of this award-winning campaign, Nike's percent of the sport shoe market shot up from 18 to 43 percent. Today, the Nike name is so recognizable that it doesn't even need to appear in the advertising. Only the iconic "swoosh" is needed. 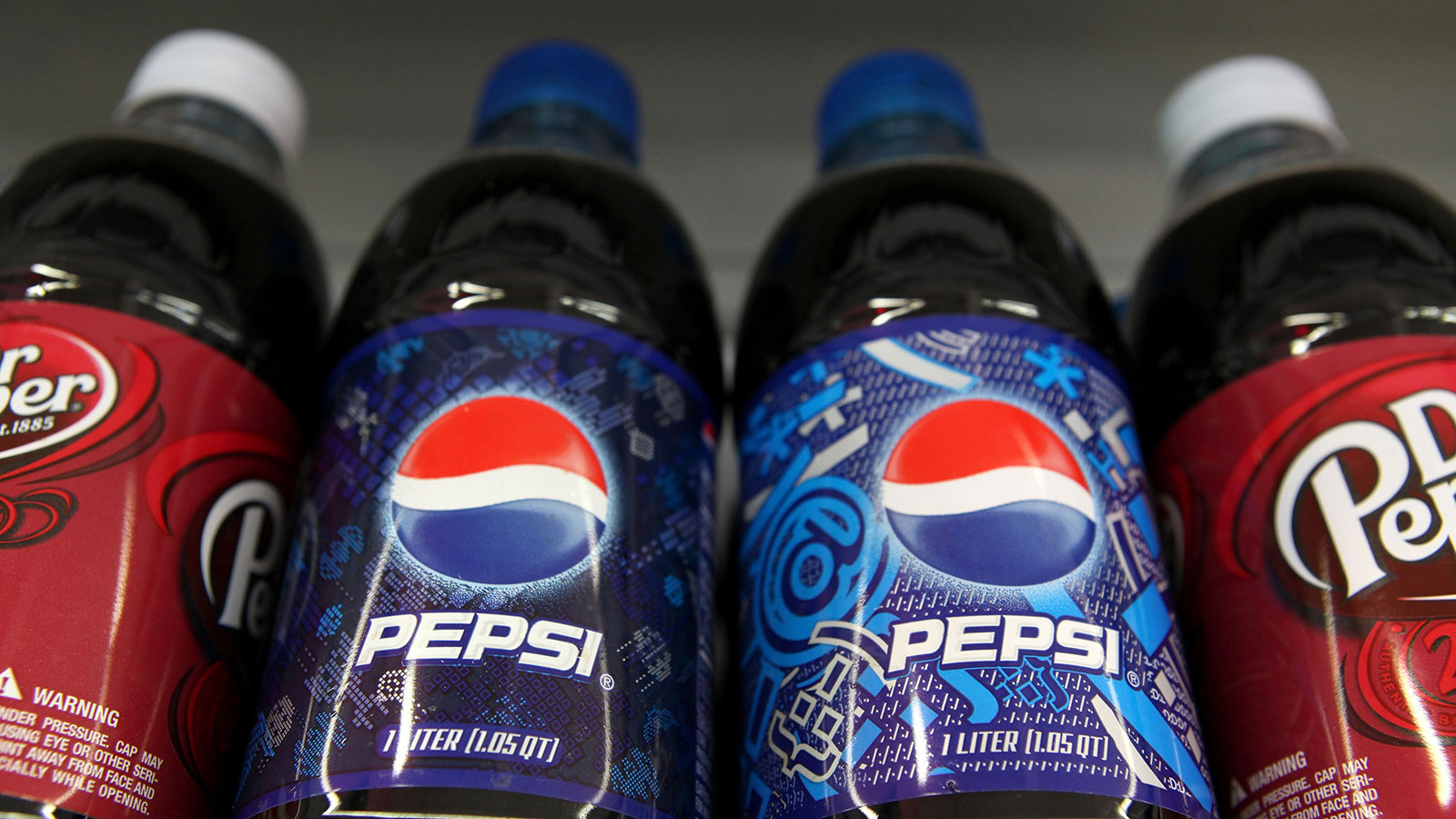