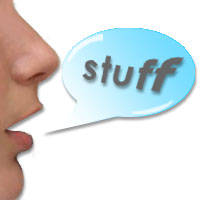 Afraid of blurting out the wrong thing? We can help.
2009 HowStuffWorks

If this were a list of the human race's greatest fears, public speaking would be right at the top. Whether it's forgetting your lines or realizing you have a tail of toilet paper hanging out of your pants, fear of public speaking really boils down to fear of being ridiculed, rejected, and publicly humiliated. But don't worry -- with the following tips, you'll be fine!

So relax and check out the first tip to get started. 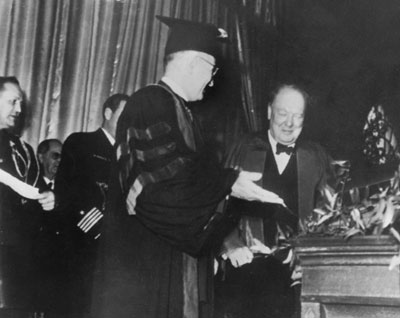 Guest speaker Winston Churchill steps up to speak at a college in Missouri. He would later be known for his famous Iron Curtain speech.
Fox Photos/Hulton Archive/Getty Images

If you've got a speech or presentation in your future, start looking for what makes successful public speakers so successful. Note their styles and habits and keep them in mind as good examples. 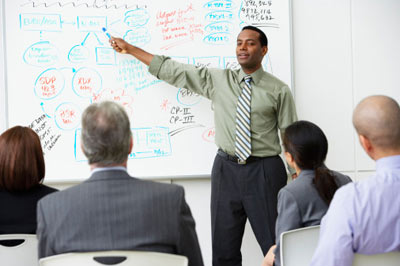 It's best to dress both professionally and comfortably.
Jon Feingersh/Iconica/Getty Images

If you're in a position where public speaking is required, let's hope you've already got a handle on the importance of personal grooming. If not, take heed: The better you look, the more ready and professional you'll feel. A lot of people are going to be looking at you -- make sure you look your best.

Hello, Room. Nice to Meet You. 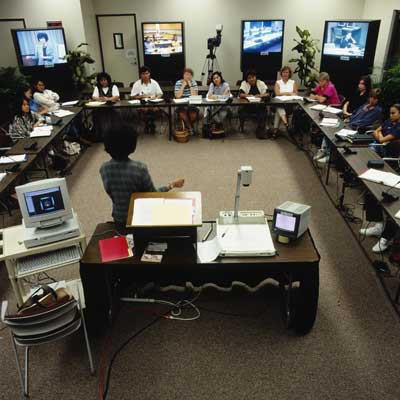 A room's seating arrangement and technologies will affect how you connect with your audience.
Louie Psihoyos/Getty images

If at all possible, check the specs of the room where you'll be speaking. Is it football stadium big or conference room big? What about the sound system? If you'll be using a microphone, it's a good idea to test it out beforehand. The more familiar you are with your environment, the more comfortable you'll be at the podium.

Graphics and props can help you remember your ideas and convey them accurately to listeners.
Mark Wilson/Getty Images

Winging it is not a good idea when you've got a speech to make. While going with the flow and being flexible is smart, trusting yourself to be brilliant without any preparation is something even the pros don't attempt. Do your research. Know your topic and what you're going to say about it and how you'd like to say it. The more you know, the more confident you'll be up there. 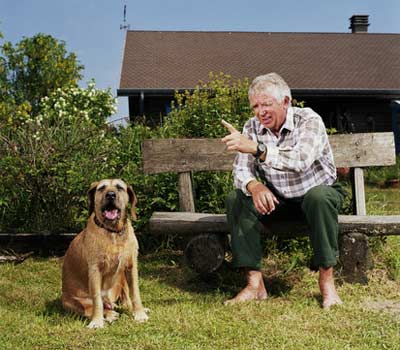 With a good listener, you can practice anywhere.
Dirk Anschutz/Taxi Collection/Getty Images

Visualize Yourself Being Fabulous

Negative thinking will get you nowhere but down in the dumps. If you believe that you'll be great, you will be. If you think you're going to fail, you probably will. It's as simple as that. 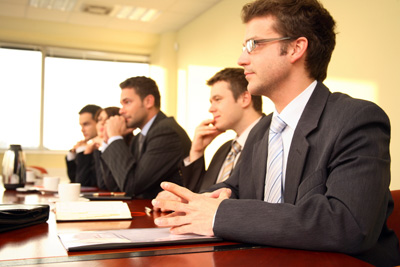 What do they expect to hear from you?
2009 HowStuffWorks

To whom are you speaking? If they're colleagues, they probably want to learn something from you. If they're friends, they're likely looking to be entertained. If it's a judge, well, he or she wants to be convinced. Know who your audience is and tailor your speech and delivery to them. Give them what they want!

We're usually our own worst critics. If you forget to read a sentence off your notes, it's doubtful anyone will know. If you skip forward to the next image on the projector by mistake, no one's going to run you out of town. Don't worry. It's not life or death, it's just a speech.

Don't Give It Away 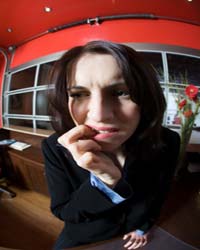 If it really, truly makes you feel better to announce to the room that you're so nervous before you begin, go ahead. But your speech will have a lot more weight if you don't. Chances are good that you're the only one who knows you're shaking in your boots -- why show the cracks in your armor? Let them believe you have it under control, even if you don't feel like you do.

One of the biggest indicators of nervousness is the lightning-fast talker. You might have the best speech ever written, but if no one can understand what you're saying, it doesn't matter. Pace yourself and remember to speak at a normal (or even slightly slower) pace when you're speaking publicly.

The Eyes Have It

People trust people who look them in the eye, so look at your audience when you're speaking to them. Don't look at the floor -- there's nothing down there. Don't look solely at your notes -- the audience will think you haven't prepared. You appear more confident when your head is up, which puts your audience at ease and allows you to take command of the room. 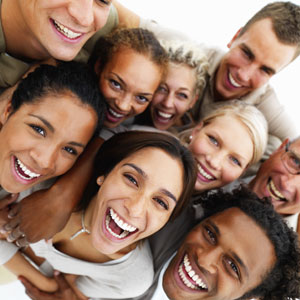 A laugh or two is good for you and your audience.
©iStockphoto.com/Yuri Arcurs

Who doesn't like to laugh a little? You don't have to be a comedian, but a few lighthearted comments can help humanize you to your audience. Win them over with a smile and a well-timed clever remark, if you can. But be advised, too many jokes can weaken the validity of a presentation.

Your Errors Are Okay 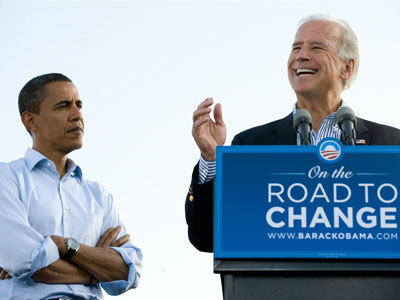 Even political candidates have their moments.
Saul Loeb/AFP/Getty Images

So you tripped on the microphone cord. So what? So you said macro when you meant micro somewhere in your speech. So you accidentally said the name of your sister's ex-boyfriend during your toast instead of the name of her new husband -- so what! Everyone makes mistakes. Acknowledge them and move on. 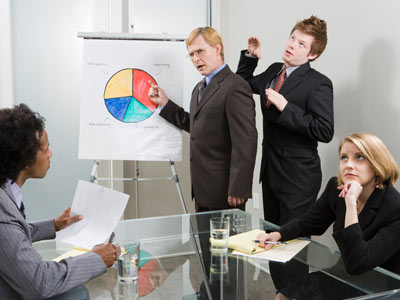 Don't force your audience to entertain themselves.
Greg Ceo/Stone/Getty Images

Even the president's State of the Union Address is only around an hour. Know what's expected of you and deliver that -- and no more. We've all been tortured by a speaker who goes on and on, caring little for the audience's interest or comfort level. Don't be one of those speakers -- always leave them wanting more.

It's SO Not About You 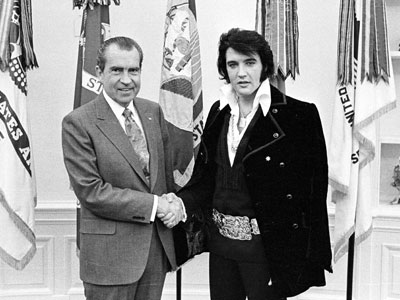 If all else fails, find someone who can share the spotlight.
National Archive/Newsmakers/Getty Images

The more you can take the focus off yourself, the better. After all, it's not likely you're being asked to give a presentation of your life story. So concentrate on the message and find freedom in just being the messenger.

Fake It 'Til You Make It

The old saying "fake it 'til you make it" is actually pretty good advice. Even if you have zero confidence in yourself, try acting like you do. The longer you fake it, the more comfortable it will feel, until, voilà, you're a bona fide confidence machine. 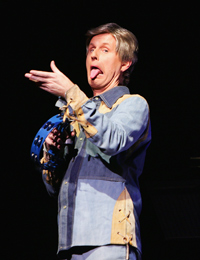 Just be yourself -- with or without funny faces.
James Knowler/Getty Images

We're all human. We're all a little afraid of the podium, the microphone, or the boardroom. Despite what you may believe, people don't want you to fail. They ultimately want to see you succeed. Give them what they want by just being the best you you can be. 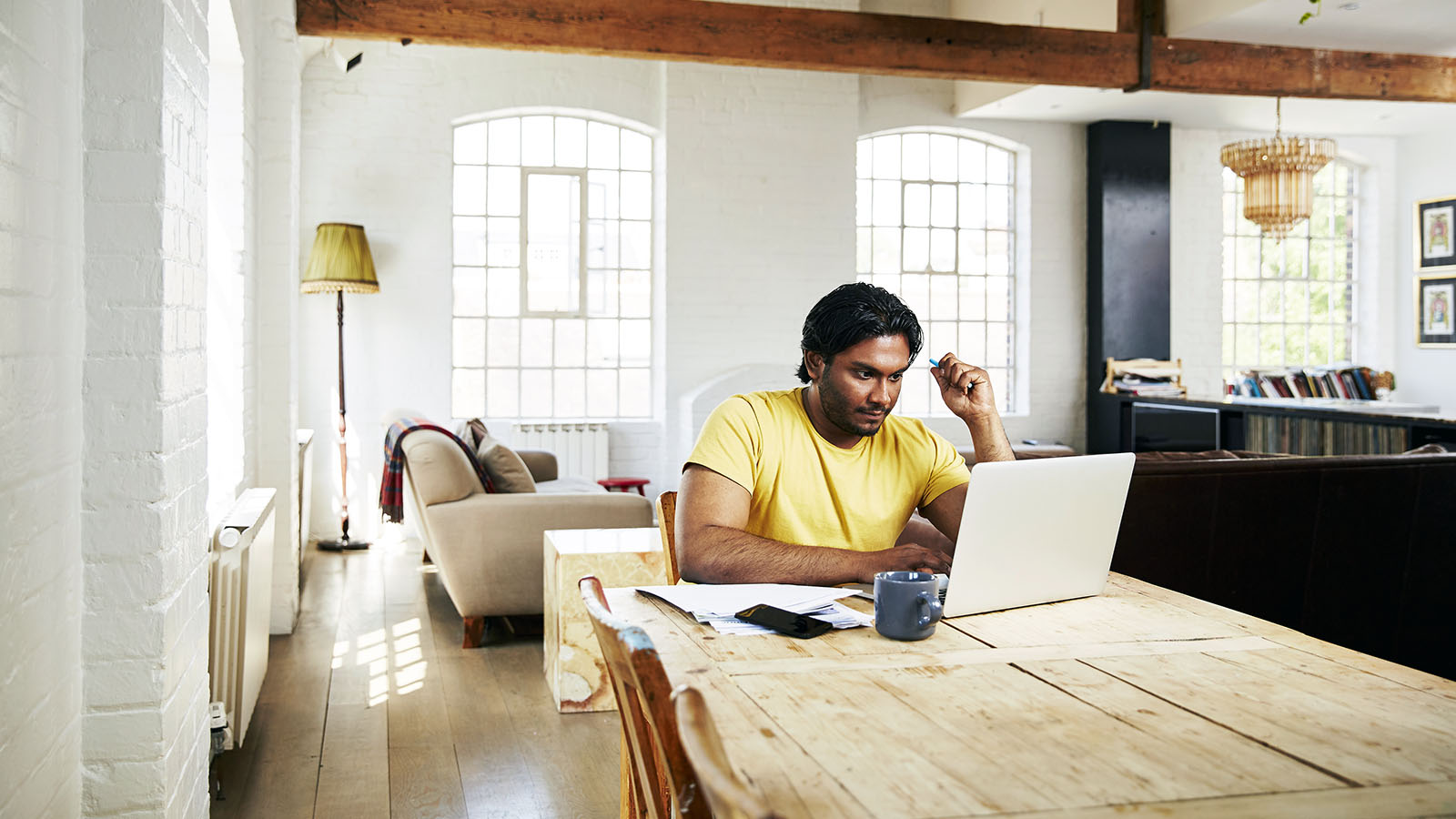