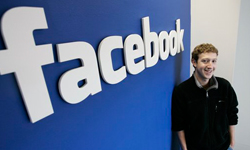 To friend or not to friend; that is the question. And it's a tricky one, too -- but not nearly as tricky as managing the interactions among your various social networks on Facebook. Add coworkers to the mix, and you really have your work cut out for you (unless you're ok with your team knowing that your "sick day" was really a "hangover day").

Perhaps you've already made friends at the office and adding them to Facebook seems perfectly natural to you, or maybe you're a manager who sees Facebook as a gateway to stronger teams and an air of approachability. Maybe the mere thought of mixing work and social circles fills you with dread. Whatever your attitude, given Facebook's more than 500 million active users, each averaging 130 friends, chances are you'll bump into a coworker there eventually [source: Facebook].

Clearly, you need a plan, but first consider that Facebook's continuing design philosophy focuses on maximizing sharing and implementing privacy settings only when public outcry demands it [source: Singel]. Nothing on Facebook is truly private, including your personal information: As recently as May 2010, reports revealed that Facebook was providing user data to advertisers -- data they could use to track down consumers' names and other personal details [source: Steel and Vascellaro].

Whether you embrace Facebook's philosophy of public transparency or resist it, you cannot afford to ignore it. As for dealing with coworkers, consider following this one simple rule: Don't think about how to handle them in terms of Facebook; rather, think of how to interact with them appropriately -- and then apply that philosophy to Facebook.

Let's explore how to make this work via 10 simple guidelines.