by Linda C. Brinson
Prev NEXT
7

Those Who Fly, and Those Who Help Them 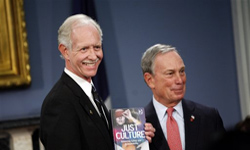 So you don't like to fly. Take-offs and landings are scary. Turbulence can be frightening. On the plane, you're cramped and uncomfortable. And you've seen footage of plane crashes. You know how dangerous flying can be.

Imagine being the person responsible for flying that plane safely. Commercial pilots often show up on lists of most stressful jobs, for understandable reasons. If a pilot makes a mistake, he might die -- and take a lot of other people with him. Or, an equipment failure or weather emergency might endanger everyone on board the airplane through no fault of the pilot's. If the pilot saves the day, he or she becomes a hero like Chesley "Sully" Sullenberger, the U.S. Airways pilot who safely landed a damaged plane into New York's Hudson River in 2009. But that's not always the outcome.

Other lists include the related job of air traffic controller. Air traffic controllers work under intense pressure, sitting for long stretches at their equipment. They often have to make split-second decisions, knowing that many lives depend upon them.

And the highly publicized case of Steven Slater, the JetBlue flight attendant who grabbed a few beers and escaped down an emergency chute on a runway in August 2010, reminds us that those who tend to nervous airline passengers also have stress-filled jobs.