by Brion O'Connor
Prev NEXT
8 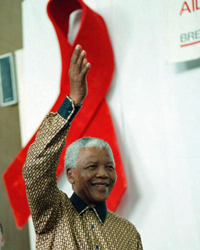 According to the United Nations Program on HIV/AIDS (UNAIDS), sub-Saharan Africa continues to be a minefield of deadly disease. In 2009, an estimated 22.4 million peoplein the region were living with HIV, more than two-thirds of the world's total [source: United Nations Program on HIV/AIDS]. In 2008, roughly 1.4 million died from AIDS, and 1.9 million became infected with HIV. Since the epidemic began, more than 14 million children are estimated to have lost one or both parents to the diseases [source: Africa Files].

With numbers so vast, it's difficult to imagine that contributions have much impact. But the international charity AVERT maintains that every dollar is needed to improve prevention, treatment and care efforts. Without a "massive expansion" of programs, say AVERT officials, the AIDS toll will increase dramatically. Presently, for every two people who begin treatment for HIV, another five contract the virus [source: AVERT]. Prevention, therefore, is crucial, and the focus of most efforts. Additional efforts address treatment, and the mind-numbing fall-out of the existing death toll.

In addition to UNAIDS and AVERT, major players in the fight against AIDS in Africa include the Global Fund, Population Services International and Partners in Health.