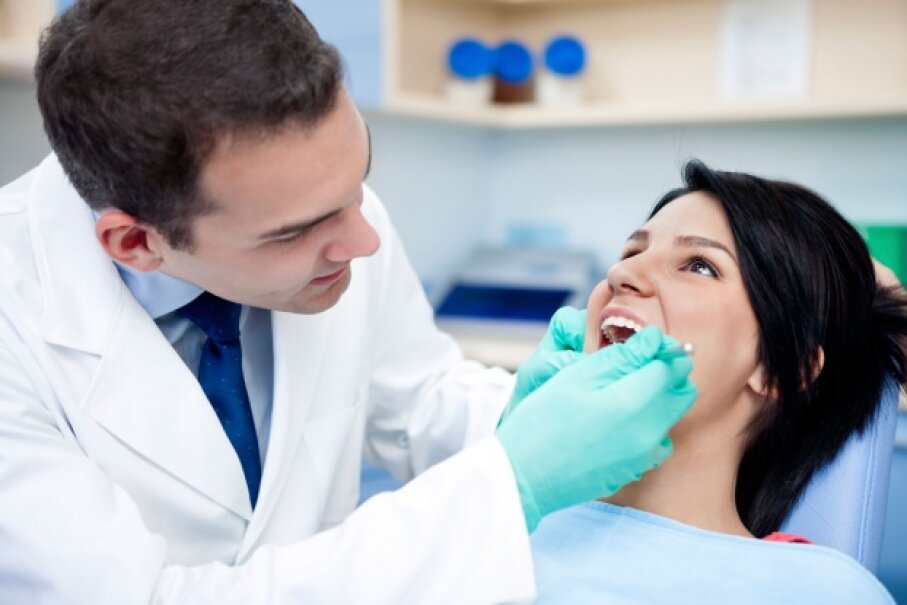 Dentists have great careers, but their job isn’t considered the happiest. ©iStock/Thinkstock

Can you guess who has the best job in the medical field? If your mind immediately wanders to the salary, anesthesiologists and surgeons both made, on average, more than $230,000 in 2012 — making them not just the highest-paid medical careers, but the highest-paid occupations in the U.S. that year [source: Kertzleben]. Yet neither of these two careers is considered to be the best health care job, or the one that brings the most happiness or fun. It's dentists who are said to have it the best overall [sources: U.S. News & World Report, Kim].

Despite dentistry being considered the best career overall in the medicine, if it's happiness you're looking for, dentists aren't dually blessed in that way. They don't report having the happiest job. (The happiest, as it turns out, are software quality assurance engineers, above all others in all fields.) Which gets us wondering, what about fun jobs? If it's not anesthesiologist or dentist, what might be considered fun careers for people interested in medicine? Say, athletic trainer: fun job. Travel nurse: fun job. Biomechanical engineer: fun job. Wait, biomechanical engineer? You know, the people who design bionic eyes, robo-hands, non-invasive glucose monitors — you'll see. First, though, let's take a moment for emotional expression with a music therapist. 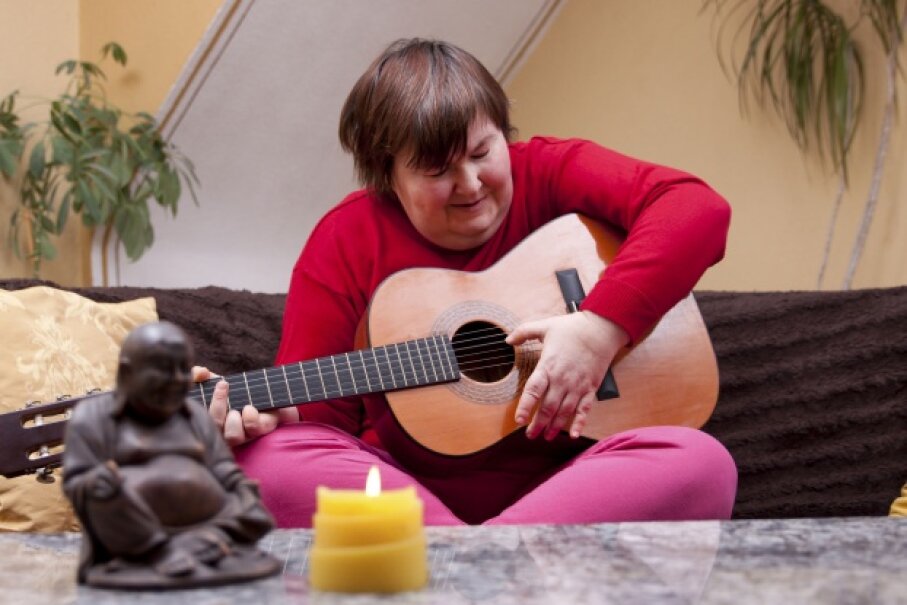 Empowering patients to create music is just one of the techniques employed by music therapists. ©iStock/Thinkstock

Music therapy is fairly new to the treatment scene. It started after musicians played for hospitalized World War I and World War II veterans, and it's now an established form of therapy beneficial to our emotional, cognitive and physical health.

Music therapists are educated in music and sound theory, in addition to psychology and medicine, and use techniques such as singing, listening to music and creating music. These various techniques are forms of rehabilitation and stress and anxiety relief, and they open the door to verbal communication.

Evidence suggests intentional therapeutic music — not just listening to songs on your iPad, although that also can have relaxation benefits — is associated with physiological changes. For example, it boosts an antibody called immunoglobin A, which has a role in the body's fight against infection. It also appears effective for babies cared for in neonatal intensive care units (NICUs). These tiny patients respond to live music with higher reported heart and respiratory rates, and they experience better feeding and weight gain than those without the therapeutic benefit of music.

Studies have also found that patients who were treated with music therapy rather than with anxiety medication prior to surgery were overall less anxious than those who'd only been given drugs. And in the same vein, music that falls within 60 to 70 beats per minute (about how fast most hearts beat) elicits the body's relaxation response (the opposite of the body's flight-or-fight response). 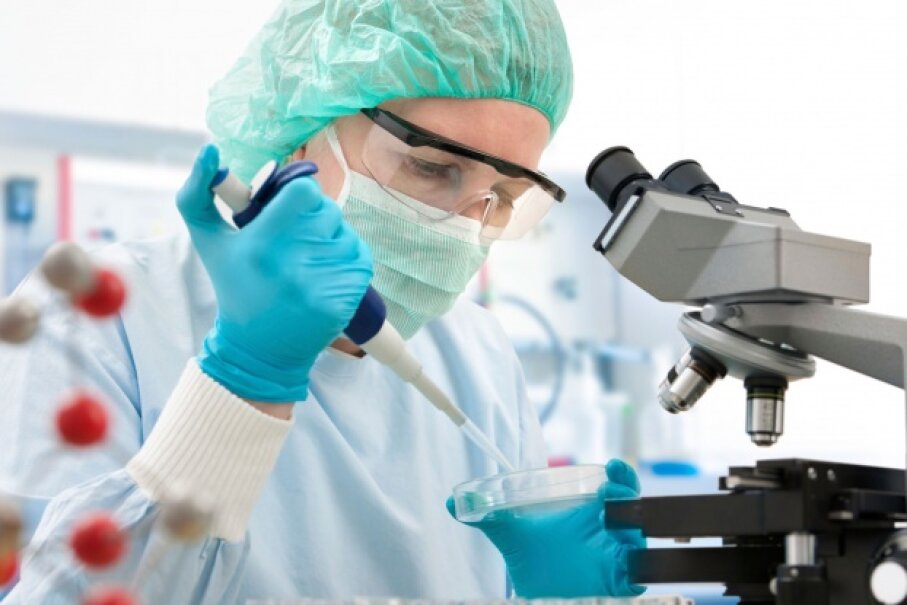 Medical scientists are hard at work on the next breakthrough treatment you’ll hear about, as well as a full roster of other projects. ©iStock/Thinkstock

Because of medical scientists, we might one day use fluorescent light bulbs to delay a problem that affects about 40 million adults in the U.S.: nearsightedness [source: UAB Web Communications]. Medical scientists are also investigating the link between our diet and type 2 diabetes, in addition to countless other areas of study.

Medical science involves researching and developing ways to improve our health, and medical scientists may specialize in a specific area such as cancer prevention and treatment study, toxicology, or understanding and slowing the aging process. They study innovative ways to work with and interpret large amounts of data, run and analyze clinical trials, investigate the benefits and risks of new treatments, and develop life-saving vaccinations, medications and medical instruments. 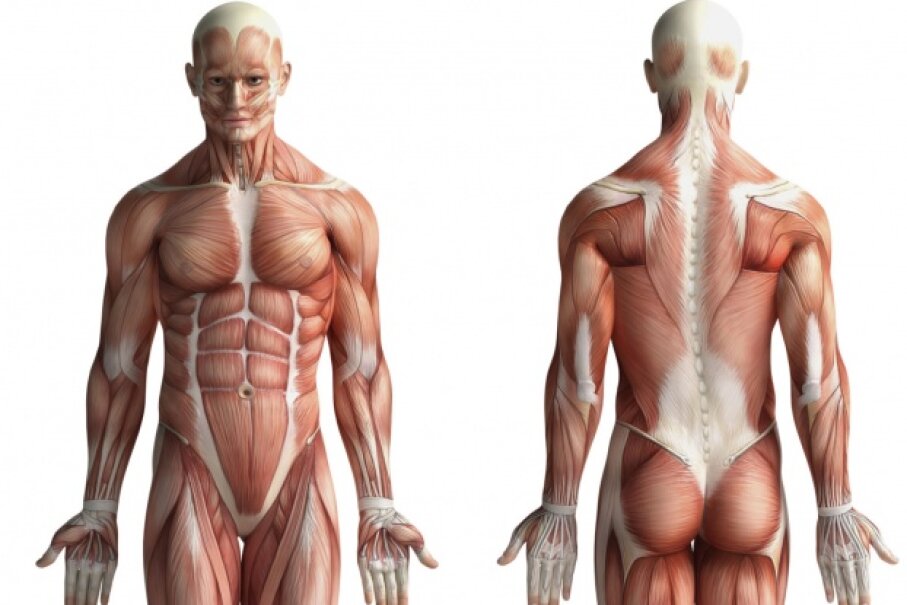 You know the book, "Atlas of Human Anatomy"? Its illustrator, Frank Netter, was an artist and surgeon considered one of the most gifted medical illustrators. During his day, the Saturday Evening Post went as far as calling him the "Michelangelo of Medicine."

Medical illustrators are a small group of artists — it's estimated there are no more than 1,200 working in North America — who specialize in combining their medical and scientific knowledge with art and design skills to visually translate and explain medical and scientific information in a way those in the medical field — and patients and students — can understand. 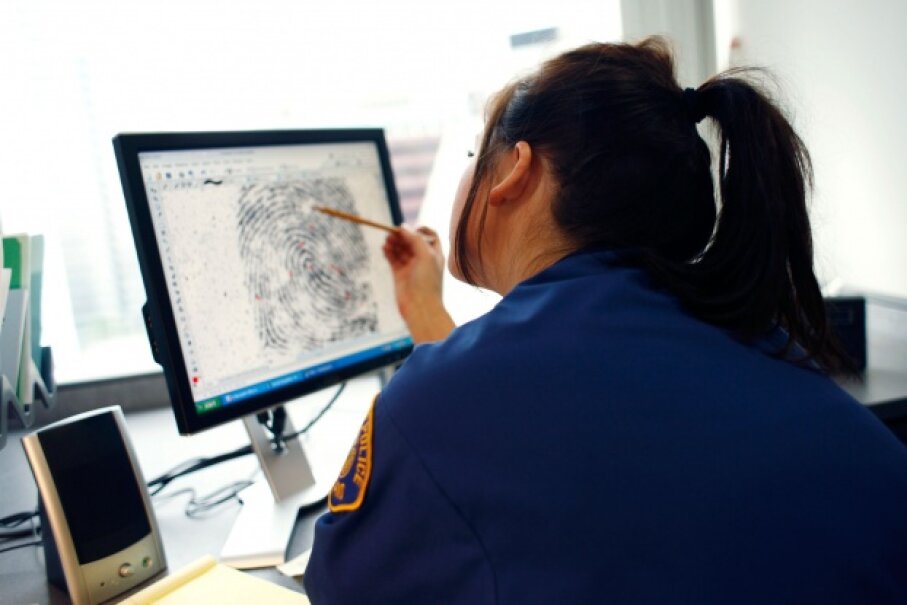 Fingerprint analysis in a lab setting is much less dramatic than what’s portrayed on TV crime dramas, but it’s incredibly important to crime scene investigation. ©iStock/Thinkstock

Forensic scientists are scientists who translate crime scene observations and evidence to help criminal and civil investigations — you know, like Sherlock Holmes (who some consider a pioneer — albeit fictional — in the field) or on one of the many "CSI" TV shows (although we're about to learn the TV version of forensic science isn't quite accurate).

On TV, forensic scientists make arrests and question and interrogate suspects, but in reality, these scientists spend most of their time in the lab: They collect physical evidence (such as fingerprints, blood and weapons) in an effort to gather DNA and ballistic information from the crime scene and analyze that evidence in the lab. Forensic scientists also photograph, sketch and reconstruct crime scenes. Forensic scientists might also be called to testify as expert witnesses and will be expected to explain the evidence, the results of the analysis or test (such as pathology or toxicology findings) in addition to the relevance of this information to the case in question. 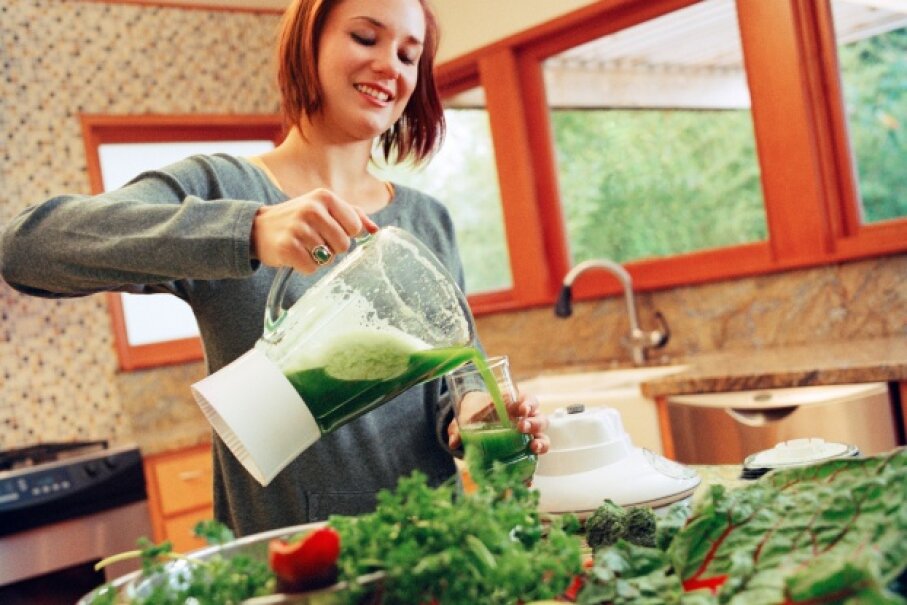 A nutritionist can help you put together an eating plan that bolsters your health and well-being. © Helen King/Corbis

While Americans don't eat enough good fruits, vegetables and whole grains, they do eat about 100 pounds of sugar, 85 pounds of fats and 31 pounds of cheese every year [source: Aubrey]. And experts on food and nutrition want to change that.

Dieticians and nutritionists both specialize in designing and implementing nutrition programs to help us meet our weight or lifestyle goals; to help us heal, manage or prevent some diseases (such as type 2 diabetes); and to help us be smarter about our overall health. They also assist in meal planning for people with special dietary needs including food allergies or sensitivities (such as celiac disease or lactose intolerance), patients undergoing medical treatments (such as people with heart disease who might need a special low-sodium diet), those with nutritional deficits (such as post-gastric bypass patients), and those addressing eating disorders and obesity. 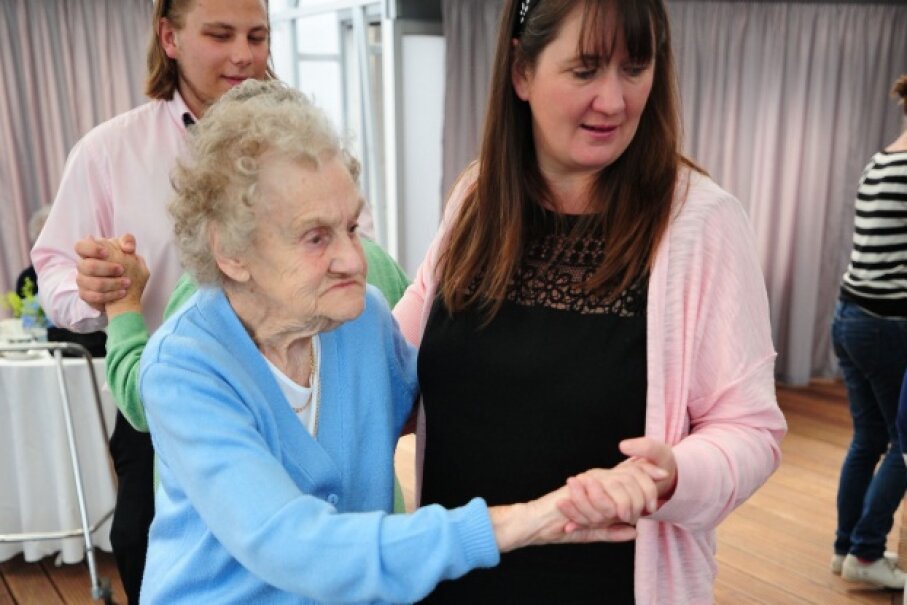 Getting patients up and moving has many benefits, and can lower anxiety and stress. © Alex Milan Tracy /Demotix/Corbis

The idea of a mind-body connection is key to dance therapy, and therapists use techniques such as breathing exercises, games, improvisational dance and other movements to encourage personal expression. All of that movement is part of an effort to help patients nonverbally let go of anxiety, fear and stress. It can also boost body image, coping skills and self-esteem.

The basic idea behind dance therapy is that all movement is inherently therapeutic. Dance is physical activity, and being active improves your overall physical health and reduces chronic pain — but exercise also gets your endorphins flowing, and those are the brain's feel-good chemicals. Dancing makes you feel good, and some studies suggest the benefits of dance extend to your emotional and cognitive health too. 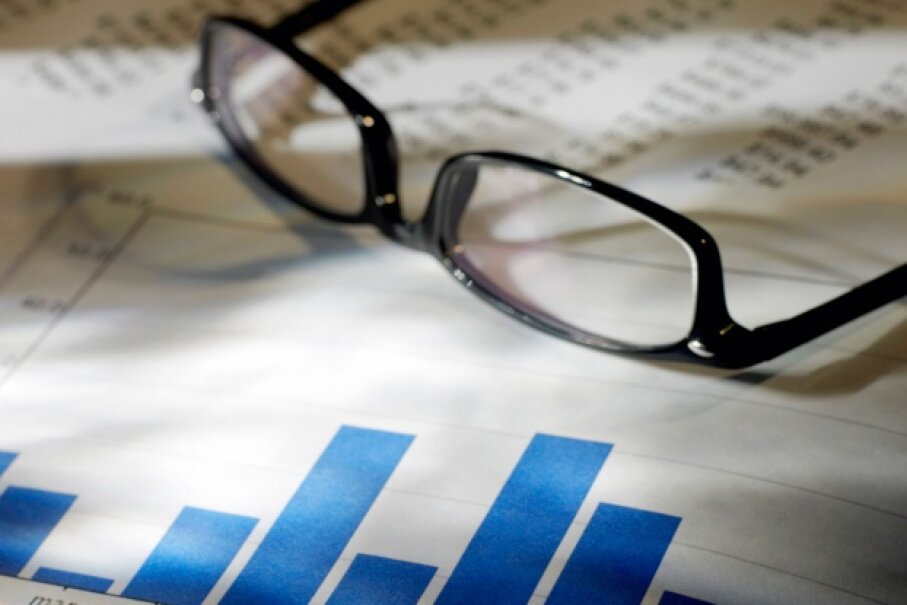 Statistical analysis is critical in the medical field. Biostaticians track health events globally and analyze data to relay to the medical community and the public. © Creatas/Thinkstock

If you, too, were startled by the numbers illustrating the infection rate and death estimates of the 2014 West African Ebola outbreak — more than 20,000 cases by early November 2014, maybe more than 1.4 million by the beginning of 2015 — you can thank a biostatistician for that eye-opener [source: Grady].

Biostaticians don't just create and apply mathematical and statistical models to identify and analyze disease outbreaks, though. They're skilled in both math and medicine, and they use these skills to interpret enormous amounts of medical data. Then, they translate the lessons into usable information such as emerging public health trend reports; the risks and effectiveness of new medications, medical treatments and procedures; and analysis of clinical studies. 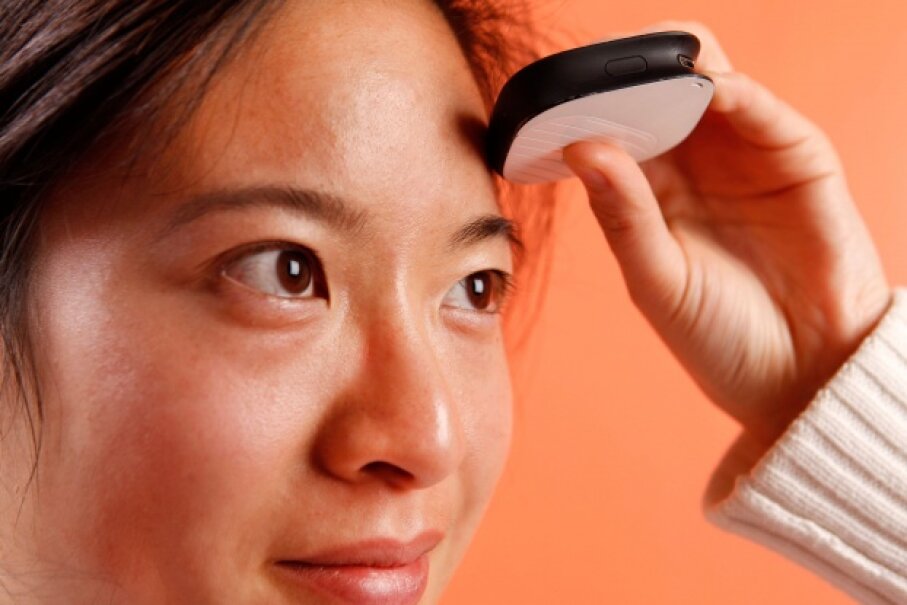 Senior Biomedical Engineer Alice Kwan demonstrates the Scanadu SCOUT in January 2013. The SCOUT was designed to measure vital signs like blood pressure and pulse and was part of a competition to invent a medical tricorder. © Kim Kulish/Corbis

Surgeons, anesthesiologists and OB/GYNs might get paid the most for their medical skills, but the highest-paying careers aren't always the most fun ones. For instance, there's one group of experts who get to make artificial organs and body parts: biomedical engineers.

Just as some engineers design automotive solutions and others specialize in aeronautics or computer sciences, some engineers apply their technological skills and their medical and biological expertise to analyzing problems and opportunities, coming up with solutions for health care technology. When they aren't designing cancer-fighting artificial lymph nodes or researching how a memory prosthetic (silicon chips that can help the brain create long-term memories) might work for dementia patients, biomedical engineers also create computer models and develop diagnostic and therapeutic devices and software. 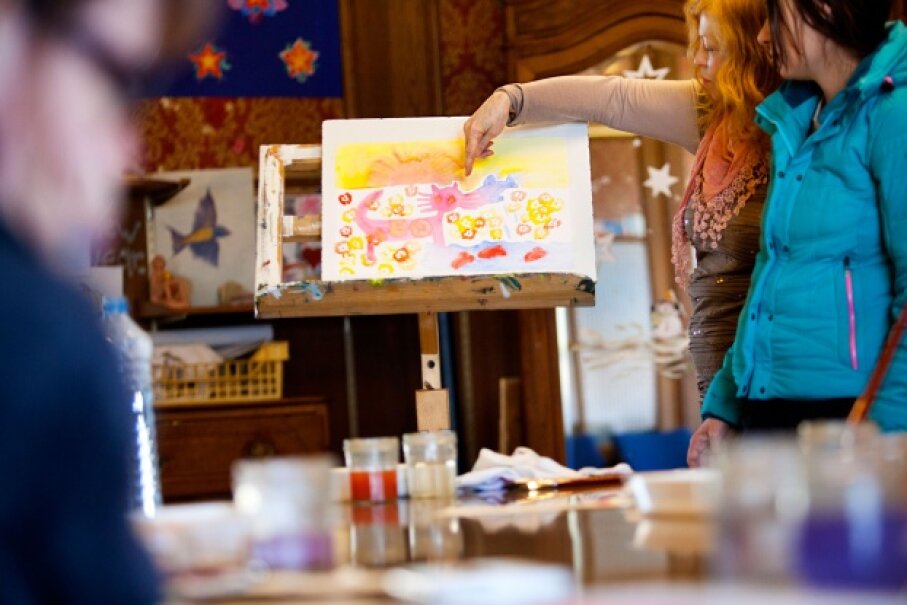 Art therapy in use in a psychiatric day care center in Haute Savoie, France. © AMELIE-BENOIST/BSIP/BSIP/Corbis

German researchers have discovered, in a small-scale study, that making art might help retirees delay age-related cognitive decline, and even to become more resilient [source: Bolwerk]. And it's not the only health benefit our artistic expressions provide for us. Expressing ourselves through the visual arts helps people heal their minds and our bodies.

Creating art changes your biochemistry. It encourages the brain to release feel-good endorphins (along with other neurotransmitters), and that gives your mental and physical health a boost — everything from lowering blood pressure and managing stress to improving your mood and increasing brain function. Art therapists are experts not only in the creative arts and process, but also in human development and psychotherapy. They guide patients and clients in tasks like drawing, painting or sculpting to help them nonverbally explore their grief or trauma (including post-traumatic stress), their depression and other psychological and emotional problems — including problems associated with developmental, physical and neurocognitive disorders. 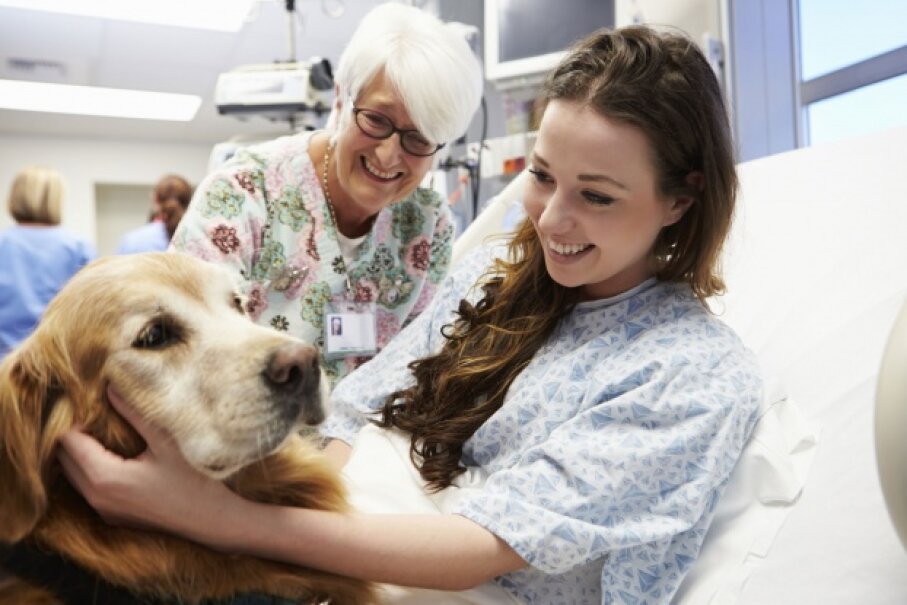 Bringing animals to visit hospitalized patients is one of many aspects of an animal therapist’s job. ©iStock/Thinkstock

More than two-thirds of U.S. households are home to at least one pet. But even though there are so many pet-friendly homes in the country, most people are probably unaware that their pet is much more than just a furry best friend. Pets also help reduce your stress (and lower your blood pressure and heart rate), just by virtue of living with you [source: Whiteman].

Florence Nightingale was the first to recognize the benefits of animal-assisted therapy (AAT), noting that pets help lower patients' anxiety levels. Therapists today use AAT to help patients not only reduce their anxiety, depression and stress levels, but also to provide emotional, physical and social benefits for people living with conditions such as autism, chronic pain and dementia.

Animal therapists use critters from dogs and horses to dolphins and llamas in therapeutic settings such as hospitals, mental health facilities and nursing homes. They also administer animal therapies in rehabilitative environments such as prisons. Spending just 12 minutes with a therapy dog helps to calm the sympathetic nervous system in patients with advanced heart disease, which results in reduced levels of anxiety, reduced levels of the flight-or-fight hormones epinephrine and norepinephrine, and better cardiopulmonary performance.

Fun careers are often those that are a little unexpected from the 9-to-5 norm, doesn't it seem? And often that means they're fun because they don't feel like work, or because they connect you with a passion, are satisfying or bring out your creativity.